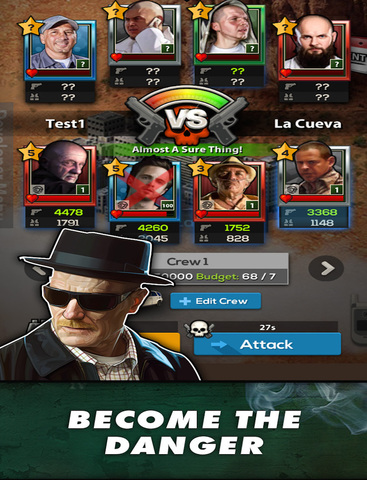 Breaking Bad is one of the more popular TV shows of recent times, so it’s not surprising to finally see an iOS game based on it getting released.

Breaking Bad: Empire Business has been developed by Scopely, the team behind a game based on another very popular show, The Walking Dead: Road to Survival.

As it’s pretty clear from the game’s name, players will be building a not so legal meth empire, join in with other players to be the best around. The game seems to be a pretty standard free to play base building game in the vein of the already mentioned The Walkind Dead: Road to Survival, but fans of the Breaking Bad series will surely be happy to see characters such as Walter White, Jessie Pinkman and others appear on screen.

Breaking Bad: Empire Business is now available for download in select regions such as Australia and a few others. The game comes with support for multiple languages, so we should hear more about its global release very soon.