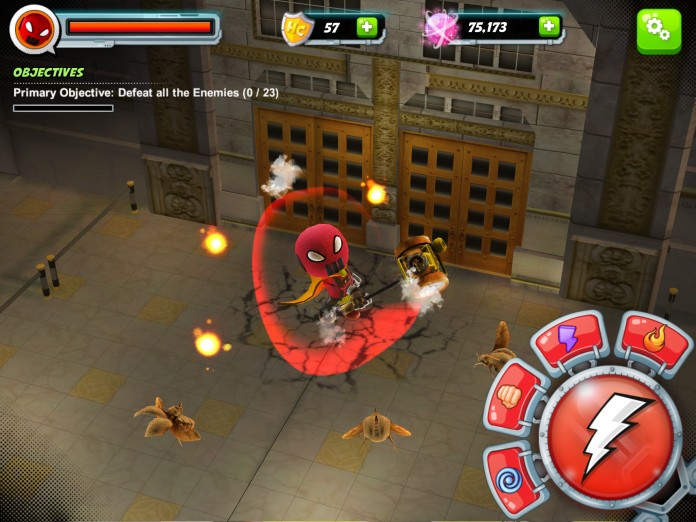 If you’re a fan of Marvel Comics, you surely know who Stan Lee is, as he is the man who has co-created many of the company’s most iconic characters. Despite his advanced age, Mr. Lee isn’t done with creating super heroes yet, as some of his new creations will be the main characters of a new brawler game releasing soon on iOS devices.

Stan Lee’s Hero Command is a new third person brawler game currently in development by F84 Games and POW! Entertainment. In the game, players will be able to control new super-heroes created specificially for this game such as the Seer, Captain Steamhammer and many others. The game will include over 250 missions where players will have to fight hordes of bad guys and the occasional boss like the Sand Witch and others. Even the new super villains have been created by Stan Lee specifically for this game.

Stan Lee’s Hero Command will be released next month on the App Store. The game will be released as a free to play game with IAPs, which will most likely allow players to purchase items and accessories to alter the characters’ appearance.