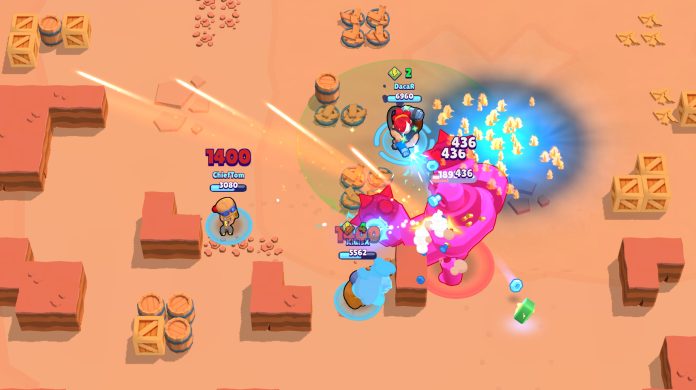 Brawl Stars is a fun MOBA game from the creators of Clash of Clans. The game has many different modes in which you will fight against other players both in teams and solo. In this guide, we will tell you about the boss battle mode.

In Boss Fight, you will not fight against the players. Instead, you will destroy the Boss mob. There are 7 levels of Boss Fight in total, and with each level, the difficulty of the battle will increase.

After you win Easy mode, you will be presented with Hard mode where the boss uses a Charge attack. Then, in the next Expert mode, the boss will start using Angry Mode. On the next level, the Boss will launch deadly missiles at you. And the last three levels will be a real hell for you because there the boss can destroy almost everything on the map in a couple of attacks.

The secret to victory at all levels is the team. Without a good team, you won’t be able to get far. A good team will consist of different classes such as short-ranged, long-ranged, and adds. Here are some of the best brawlers for Boss Fight (S-Tier):

Gathering a team of these characters will be the best solution because they perfectly combine the roles of long-range, close, and medium-range and distraction.

The strategy is simple: inflict as much damage on the boss as possible. Also do not ignore his minions, and save your distracting supers until the moment when the boss uses angry mode.