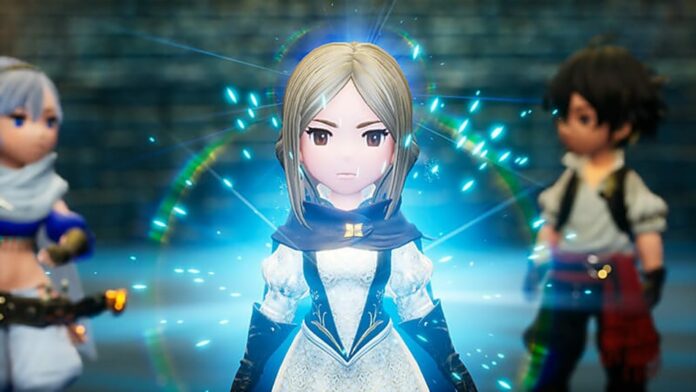 Bravely Default II features 24 different Jobs all coming with their own unique abilities. Some Jobs are much better than others, sure, but all of them have some very useful abilities, so none truly becomes obsolete during the course of the adventure.

The Freelancer is the very first Job of the game. This, however, doesn’t mean that it is weak, as it comes with a variety of useful abilities as well as plenty of customization options that can make it quite powerful even in the end game.

Here’s everything you need to know about the Freelancer Job.

The Freelancer Job may feel a little underwhelming at first, but you shouldn’t let appearances deceive you. The fact that this Job is a jack-of-all-trades doesn’t mean that it doesn’t excel at anything: some of its abilities are great for healing, like Treat, while Divining Rod can make it much easier to find all the Treasure Chests inside dungeons. Treat also heals MP, so it’s a very useful ability to support all types of Spell Casters. The first Job Specialty, Stand Ground, also grants you the chance of surviving death when HP is above 1, which is extremely useful against bosses.

The second Freelancer Specialty, Late Bloomer, learned at Job Level 12, can turn the Freelancer into a proper powerhouse, as it boosts all stats based on the number of Jobs that have been mastered. Which the Freelancer makes it easy to do with the JP Up ability.

The All-Out Assault Special Ability is also extremely useful, and it becomes more effective the more Jobs have been mastered. This ability hits enemies with a special physical attack while boosting both Physical Attack and Magic Attack by 20%. To use this attack, you need to use the Attack Command twelve times.

The Freelancer abilities are generally geared toward support, making the Job a good choice as a Sub-Job.

Examine – Reveal an enemy’s HP, weaknesses, and family.
Treat (20 MP) – Restore 20% of a target’s HP and 10% of their MP.
Divining Rod (1 Cost) – Displays the number of unopened treasure chests nearby.
Forage – Search for items. The items found will depend on the user’s job level.
Dungeon Master (1 Cost) – Nullifies all terrain-inflicted damage.
Lucky Charm (15 MP) – Increase a target’s luck for five turns.
Self-Healing (1 Cost) – Cures poison, blindness, and silence when battle ends.
Purge (20 MP) – Remove berserk, confusion, dread, charm, and doom from a target.
JP Up (1 Cost) – JP earned is increased by a multiple of 1.2.
Square One (28 MP) – Remove various status effects from a target