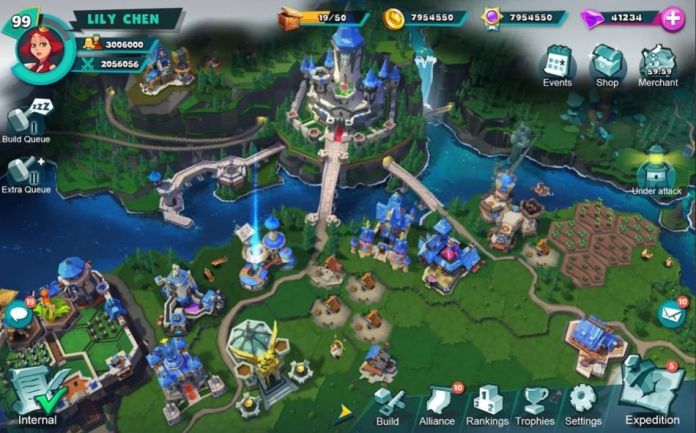 In today’s article we are going to cover the Brave Conquest heroes & troops guide, so if you want to learn more about them, then you have come to the right place! Since both the Heroes and the Troops are a very important feature in the game, you will need to learn more about them and how to use them properly to win all the battles!

So, since we are here to give you a complete Brave Conquest Heroes and Troops guide, let’s start with the very basics, and then move on to a little more in-depth details and tactics. Are you ready?

Brave Conquest – What are Heroes?

The Heroes are basically the main fighters, who are big stand alone figures which will fight on the battlefield alongside your soldiers. The Heroes bring a unique set of skills to the table, and they will always be a very important asset in creating a strong army.

Brave Conquest – What are Troops?

The Troops are the groups of soldiers that you can deploy alongside the Heroes, and belong to one of five categories:

The troops can be deployed to synergize well with the Heroes, because some heroes boost certain troops, so it’s better when you deploy them together to have an even greater impact.

Brave Conquest – How to deploy Troops and Heroes?

There is one easy way to deploy troops, and once you acquired the troops and Heroes you wanted, you can have up to 3 formations that you can choose between depending on the fight that you are facing.

Simply head on to the Barracks and tap on Enter. Once you did this, you will see on the left side a menu with “1”, “2” and “3”. This is the formation number for each of the formations that you can deploy.

Tap on each of them and customize them so that they will synergize well and form a powerful team together. For example, you can try pairing up Grand Huntress level 10+ with archers or any other ranged unit, so her first bonus stat will boost their ranged attacks!

This is pretty much how you deploy the troops! When the time comes to battle, you can choose from the pre-set up teams that you made! Just make sure you pick the one that counters the enemy’s!

In the game there are also a few advantages and disadvantages that some troops have over others, so if you want to be even more proficient in your battles, here is how you can counter and avoid getting countered:

The Infantry troops are the tanky units which will go ideally in the front line, because they have thick skin and increased armor, which makes them good for mitigating the incoming damage.

– Infantry is strong against Cavalry

– Infantry is weak against Ranged

Ranged units are very highly skilled attackers, who have a generally high damage, but are quite squishy and cannot really face head-on damage.

– Ranged is strong against Infantry

– Ranged is weak against Cavalry

– Cavalry is strong against Ranged

– Cavalry is weak against Infantry

These are all the troops’ weaknesses and strengths, so you better try to make sure you check out the icons for each of them and remember them when you are deploying the teams.

Now we finally got to the battle strategies, tips and tricks! This is a more complex topic, so as we mentioned in our Brave Conquest game guide, we will detail more about it here:

– When you are fighting, try to always make teams that work well together – for example, pair up Heroes which boost certain heroes with the units that they boost.

– If you are fighting against the same enemy multiple times, and you have lost with your current setup, try again by re-arranging your units or by switching them around.

– Always level up your Heroes! First level up the heroes to level 10 so they will unlock their first skill, then move on to the next ones!

– Try to level up the heroes that you use mostly first, because you might not have enough Gold to level up all of them, so at least we are making sure you have the best ones at their maximum potential.

– Level up your troops as much as you can also, but the ones that you use only. I don’t think it’s worth wasting your Medals on leveling up all of them, unless you got too many and you don’t know what to do with them.

– Always put the tankier units in the front line, as well as the tankier Heroes – while trying to keep the squishy Troops and Heroes in the back line.

This would conclude our Brave Conquest Troops and Heroes Guide! If there is something else that you would like to learn about, leave a comment down below and we will get back at you ASAP! Also, if you know some other useful battle tips, share them with us!