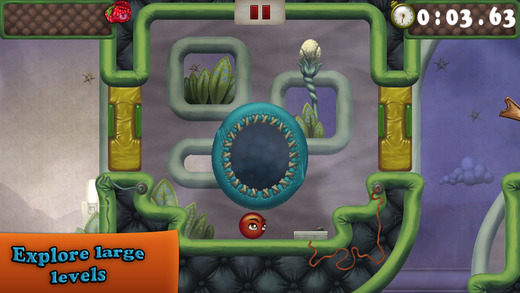 Bounce On Back, the platform game developed by Iddy Biddy Games now available on the App Store in all regions, has received a new update recently which includes some new features that expand and improve the experience.

The new update, which is the first one released for the game, includes Game Center leaderboards integration, allowing players to compete with others to see who can complete the game’s stages in the lowest time possible.

The new additions included in the Bounce On Back update don’t end here. The update also includes the first batch of Challenge levels, with more coming in the future, some minor graphical fixes, a screen flip option, improved controls and more.

Those still on the fence will also be happy to know that a Bounce On Back Lite version has been made available. This free version of the game includes four regular stages and two challenge levels, a good way to see if Bounce On Back is a game for you.

Bounce On Back is currently available for purchase on the App Store. The team is thinking about adding a second world but when it will happen ultimately depends on how well the game sells.