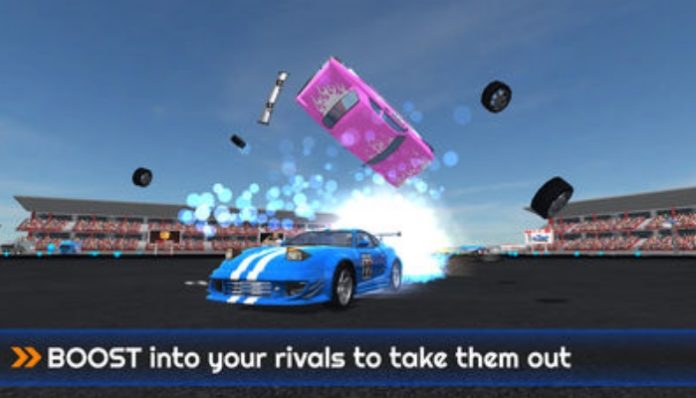 Boost Arena is all-out mobile mayhem! Pick a fancy car, enter the arena, and boost into other cars to destroy to them! You will not survive with your driving skills alone though, so grab a weapon box and unleash destruction upon your foes! Our Boost Arena cheats and tips will show you how to survive the legendary Boost Arena.

Boost Arena is all about fast and frantic action in a small arena. Blow the competition away with the help of our Boost Arena cheats, tips and tricks strategy guide! 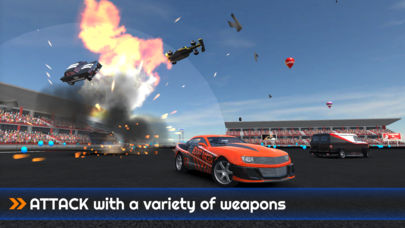 When you spawn in, your first order of business is unlocking boost as soon as possible. Drive around and avoid other cars – just collect boost balls until you can boost. Boosting can take out other cars and save your own, so it is very important.

Every so often a golden ball will spawn somewhere in the arena, marked with an indicator. This is golden bonus ball and collecting will add a bunch of points to your end game score. As soon as it spawn go straight for it, because the other players will most likely be after it as well. 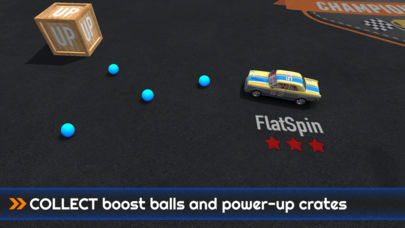 It is all about the points here in Boost Arena, and we will show you how the scoring system works. At the end of a match – after about five or so lives – your actions will be tallied. Boost balls are worth one point each, takedowns are worth 25 points each, and golden bonus balls are worth 250 each.

Your car starts off at level 1, and level ups will unlock new paint jobs for your car. At certain levels your score multiplier will also increase, meaning you will passively get more points.

Build your arsenal and hang onto items to protect yourself!

Your car can hold up to five items at once, so do not worry about wasting any. Use them as much as you wish because you can always grab more! Also, note that certain items, when they are currently selected, are held behind your car. This can be useful for protecting yourself from things like Red Tyres and Golden Bullets.

That’s all for Boost Arena! If you have any more tips or tricks to share, let us know in the comments below!