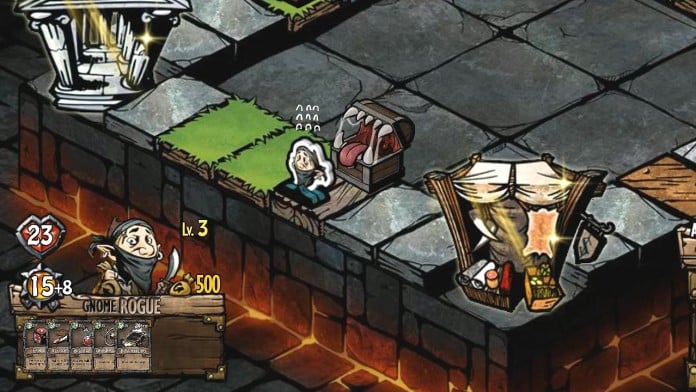 A really interesting mix between board games and RPGs is going to be released next year on the App Store.

DICETINY, developed by Fakedice, comes with a really beautiful and gritty graphical style and several interesting gameplay features. Just like in many role playing games, players will have to choose one between four classes before being able to roll the dice and move on the board. Obviously there will be plenty of traps that will damage the players as well as monsters to fight.

Once a monster has been encountered on the board, DICETINY shows all its RPG features with a card based battle system. With so many different cards to collect and use in battle, the possibilities are endless. Completing each board by defeating the final boss will also make players stronger in DICETINY, as they will drop a random card.

DICETINY is setting out to be one of the more interesting iOS games launching next year thanks to its unique blend of board games, role playing games and card collecting games. The game is still in development and it will be released during Summer 2015. We will keep you updated on the game as soon as more comes in on it so stay tuned for all the latest news.