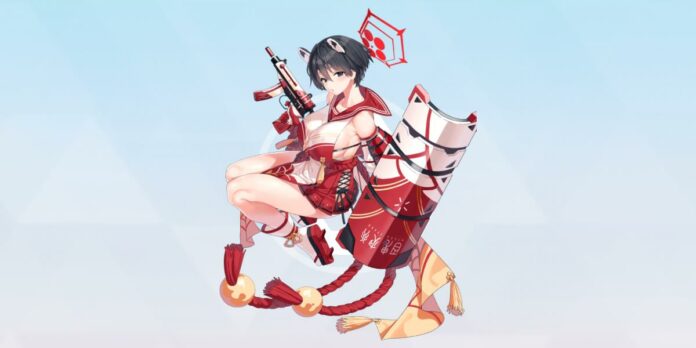 Blue Archive’s Tsubaki is an SMG wielding narcoleptic who is actually quite skillful. She charges into battle and protects her allies by using her tactical shield, and she can even nap on the battlefield to restore HP! Today, we’re taking a closer look at Tsubaki in our Blue Archive Tsubaki character lore, skills, and more guide!

Tsubaki is a 2-star Striker Tank with piercing attacks and special defense. She advances upon her enemies with her trusty SMG and tactical shield, and she prefers to fight in urban and field settings. She dislikes fighting indoors.

Tsubaki’s max base stats are:

Basic Skill: Sleep Cures All — Tsubaki sneaks in a quick a nap to recover her HP. This skill can only be performed when Tsubaki is below 30% of her max HP, and it can only be used once per stage.

That’s all for Tsubaki! If you have any other questions about her, let us know in the comments below!