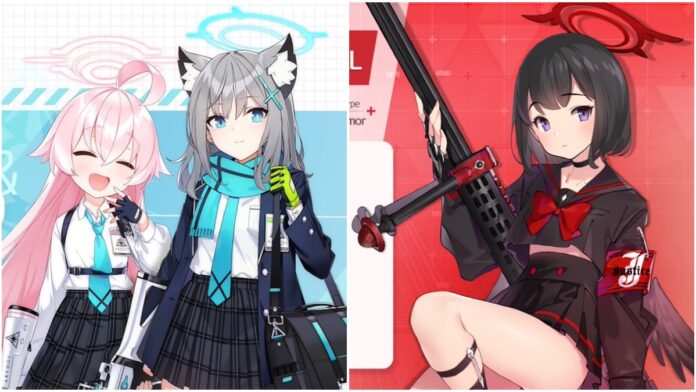 Blue Archive, one of the most anticipated gacha games, had a global release on November 8, 2021. Step foot into the role of a teacher at a school where you recruit students to fight evil and solve mysteries in the city. You have been summoned from another world by the vice president to help things out. Interact with the students you recruit through the gacha and get to know them through their stories. Here is everything to know about Blue Archive’s release, and if you can play it.

Where The Game Is Region Locked

According to the game’s Twitter, Blue Archive is available in all countries except for Japan, China, Vietnam, Netherlands, Belgium, and Slovakia.

What The First Pick-Up Banners Will Be

The first pick-up banner for the game features the 3-star characters Shiroko and Hoshino. The next character to appear on pick-up is the Explosive based attacker Mashiro. She’s coming on November 16, 2021, so hold on to your pyroxene if you want her. When Mashiro’s banner starts, the first pick-up will end. If you didn’t get either of the first two characters, do not worry, as they will simply go into the general recruiting pool and can surprise you at any time from that point on.

Where To Get Launch Gifts

Since the global version of the game is so new, they are giving out many rewards, so there’s no better time to start playing. They gave out 1200 pyroxene as a gift for the game reaching number one on the app stores, as well as a coupon code special that runs until November 27, 2021. By punching in three different codes, you can get 120 pyroxene for each one. The codes are:

To redeem these, go to the Menu tab in the upper right-hand corner of your game’s main screen. It’s the farthest one and looks like a square made of small squares. After tapping that, there should be a coupon bar option where you can put in the code upon opening it. If there’s no coupon option on this list, you can also register them directly on Nexon’s community page. You’ll need your individual member code for this method, which you can get by tapping Customer Center on the same Menu tab.

After putting in the codes, the rewards will go to your mailbox. Be sure to check your mailbox (the icon in the upper right-hand corner that looks like a sealed envelope) for all of these gifts, as the game will not remind you they are there. Always check it when you are expecting a reward, as it will usually go there.

Blue Archive is constantly announcing new events on their Twitter page as part of the global launch celebration, so it’s worth keeping up with.