Read on ahead to learn everything there is to know about the charismatic and self-righteous Cherino!

Contrary to her childlike appearance, Cherino is the tyrannical student council president of Red Winter. She has a huge burning desire for power and glory—even though she is overthrown in a revolution almost every week.

Despite this, Cherino continues to climb back to the seat of student council president. According to Cherino, her fake mustache works as a “symbol of influence,” while “radiating authority.”

Cherino plays the role of the Attacker / Middle. Cherino is meant to dish out huge DPS, being able to deal both AoE or focused damage very effectively. She can also provide a decent buff to teammates when not fully engaged in battle.

Every 40 seconds, apply a Focused Fire status to the enemy with the highest Attack, and lower their resistance to critical hits by 18.7-35.6% for 15 seconds.

Increase cost recovery by 269-511. If other Red Winter students are in the same team, increase the effect by 77-146 per student, up to a max of 3 students (excluding Cherino).

Cherino can be obtained by 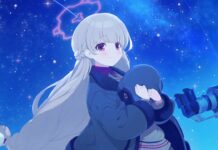 How to Recruit Nodoka in Blue Archive 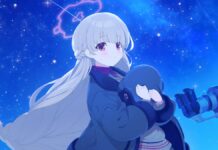 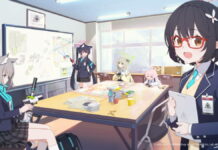