Home Game Guides Blox Fruits: How to Get to the Second Sea 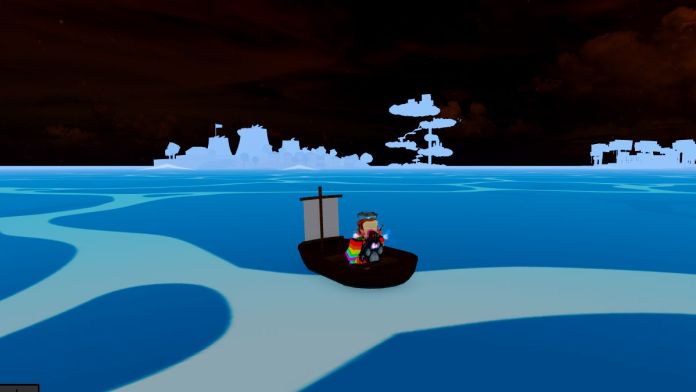 Blox Fruits is one of the biggest Roblox adaptations of the hit manga and anime series, One Piece. Just like in the manga, Blox Fruits features a second sea that you can explore once you’ve become powerful enough. Today, we’ll explain everything in our Blox Fruits: How to get to the Second Sea guide!

Getting to the Second Sea in Blox Fruits

The Second Sea was first introduced in update 8, a major content update for Blox Fruits. As the name implies, the Second Sea is unlocked after you conquer the first ocean area. You must be at least level 700 or above to access the Second Sea.

Once you’re strong enough, make your way to the Prison, which is located east of Fountain City. When you get to the docks, there should be an NPC named Military Detective, standing right next to the NPC that sets your spawn point.

Related | How to Get Observation Haki in Blox Fruits – Guide

Talk to him, and he’ll give you a key and a quest to eliminate the Ice Admiral in Frozen Village. Sail to Frozen Village, which is located northeast of the Prison.

On the island, look for a big cave entrance. Walk in, and you should see the Ability Teacher NPC and a large wooden door. The key the Military Detective gave you will unlock the door, and you can head in and fight the Ice Admiral.

Ice Admiral isn’t too difficult, so you should be fine without any additional help. Once you take him out, head back to the Prison and talk to the Military Detective. He’ll tell you to investigate Second Sea, and a captain waiting back at Middle Town can take you there.

Head to Middle Town, which is unsurprisingly right in the center of First Sea, near the starting islands. In front of a yellow building is an NPC named Experienced Captain—this is the captain that the Military Detective told you about. Talk to him and you’ll travel to Second Sea.

You will now spawn in the Second Sea starting point whenever you log back into Blox Fruits. You can return to First Sea at any point by talking to the Experienced Captain again.

That concludes our guide on how to get to the Second Sea in Blox Fruits. If you have any other questions or tips, let us know in the comments below!

Blox Fruits: How to Get to the Second Sea