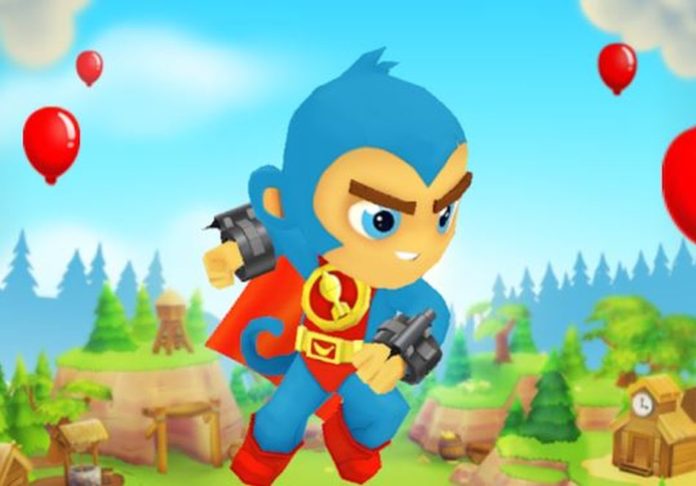 In today’s article we are going to share with you the best setup (loadout) for Bloons Super Monkey 2! If you are looking for the best setup to make all of the balloons explode as fast as possible and collect all of the rewards, then this is the place for you to be.

Now if you are new to the game, you might want to take a look at our Bloons Supermonkey 2 guide first, because that is going to tell you how to unlock the boosts and weapons and just basically be the best!

So, are you ready? Then let’s get right into it! Here’s the Bloons Supermonkey 2 best setup (loadout)! 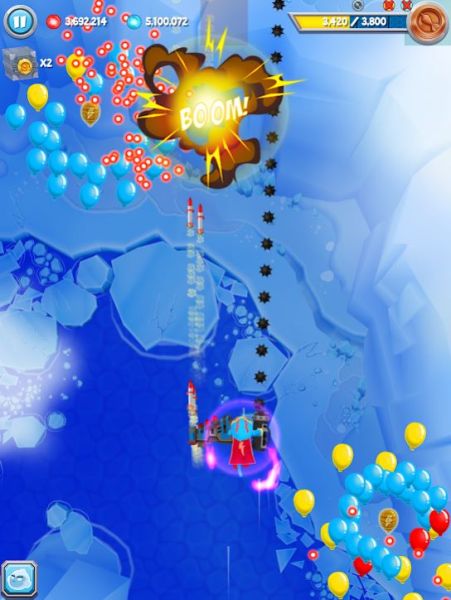 Option 1: – Max out Darts! It will be Spikey Shots for the Left Arm which have increased Pierce and x2 damage to ceramics, which is super powerful to take down everything.

Option 2: – Max out Rangs! Radar Glaives are very good because they are following the targets. They have Homing Glaives and give increased damage against all objectives.

Option 1: – Max out Energy! When you do this, you will get the Solid Doom Core, which has increased fire rate (you shoot more frequently – faster) and increased damage. That will help against everything, no matter what.

Option 2: – Max out Bombs! When you max out the Bombs, you will get the Mega Fruit Core, which will greatly boost your damage and deal extra damage to those pesky shields which protect the objective.

Option 1: – Max out Bombs! If you max out the Bombs for the Right Arm you will get the Bloon Busters, which increase your damage and deal extra damage against bosses. That’s especially good in the stages where you have to fight the bosses.

Option 2: – Max out Magic! When you max out the Magic skills, it will give you increased area of firing, thus making the arc of flames spread further. That’s very useful for clearing the bloons! 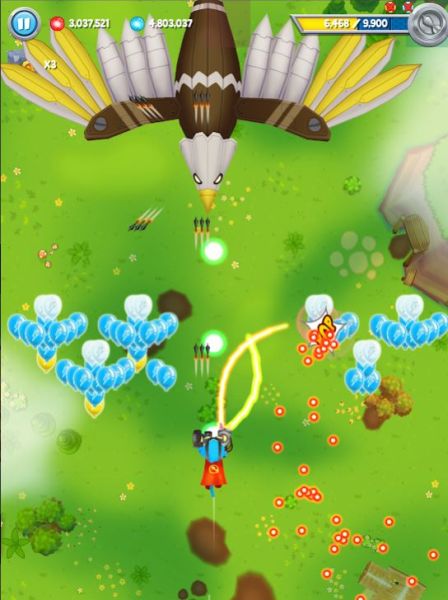 If you are feeling very energetic today, I will give you an extra setup that you might try! It all depends on how well you control the monkey, so it could not be that amazing in certain situations, but it is definitely fun and worth trying out!

This setup will work well for clearing, but I don’t recommend it for the stronger bosses, because it might not be that awesome. For that, go for the Bloon Busters or some other Epic setup.

These are the slightly more expensive items, but definitely worth getting. They are much more powerful than the others, and that’s why you should invest in them eventually. 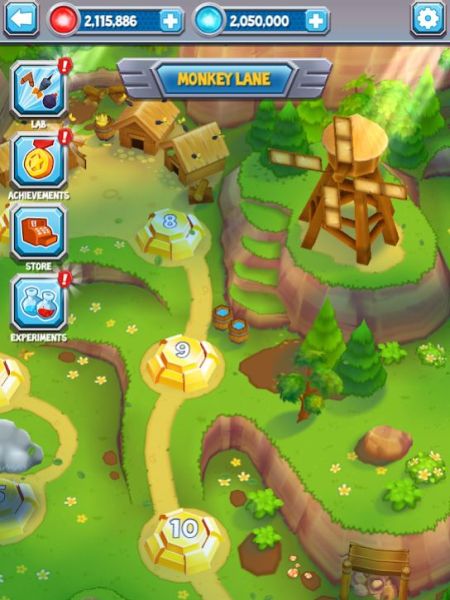 That is one setup that I recommend with the Epics, but there is another one which I like quite a lot as well:

These are all the Bloons Supermonkey 2 best setups (loadouts)! Do you have other preferences? What else have you used to beat all the stages and the bosses? Let us know down in the comments below!