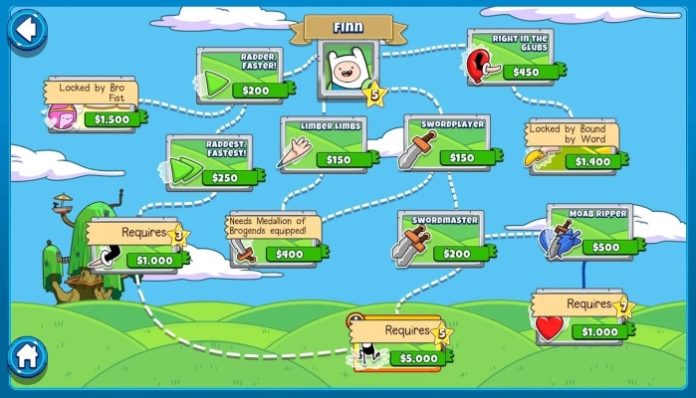 There’s only one way to take out these bloons, and that’s by hitting them head on! Let’s get mathematical and save the day with our Bloons Adventure Time TD cheats, tips and tricks strategy guide!

Equip Trinkets on the right characters!

Trinkets will offer generally helpful boost to your heroes, but make sure to read their descriptions carefully, as some trinkets are better suited for specific characters. For example, the Sniper’s Beret gives the hero 2% range, but if the character is a monkey then they get 6% range! To get the most out of your characters, make sure they are properly outfitted! 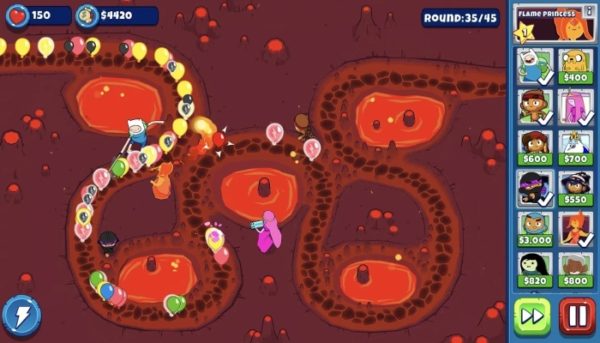 Use characters that can deal with special bloons!

Certain bloons have special abilities, like camo, regrow, and lead. Some characters have skills that help them combat these kinds of bloons, so make sure you bring the right characters with you into battle.

For example, Princess Bubblegum’s Super Intelligence skill removes camo and regrow from bloons, making them easier to take down.

Save up Wish Orb shards!

Completing levels will reward you with Wish Orb shards fairly often. On the main menu, you can tap on the Wish Orb to go to the Wish Orb Creator. Here, you can select the rarity you would like your Wish Orb to be, then provide the required shards.

The higher the rarity, the more shards you will need. We highly recommend just saving up as many shards as you can and don’t bother with the lower rarity orbs. Just save up for the Epic Wish Orb, which costs a whopping 3,500 shards but guarantees an epic item. 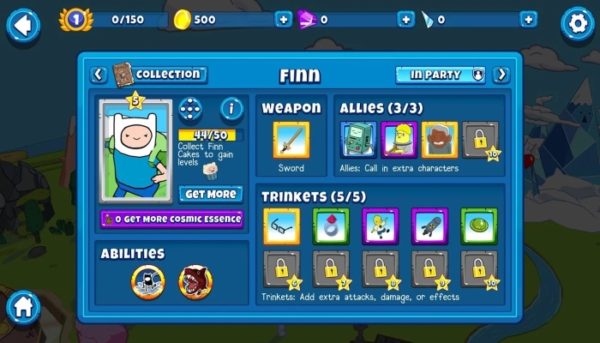 Bloons Adventure Time TD has daily quests, but with a twist – you get the choose the quest yourself! You start out with one quest slot and unlock another one at level 10. When you activate a slot, the game will randomly choose three quests. You pick one of them and complete it for various rewards.

The harder the quest, the better the rewards. If it’s within your ability, we recommend choosing only quests that offer gold chests as the reward. These quests are hard but you can get the good stuff from these chests!

Position your characters near chokepoints!

As with any tower defense game, the key to winning battles is efficient tower placement, or in this game’s case characters. You are given breaks in between waves in Bloons Adventure Time TD, so take the time to study the path and readjust your strategy as needed. Bloons will often times pass through areas twice, so keep an eye out and place your characters accordingly.

The best way to deal with the tougher bloons is to create your own chokepoints. For example, use a character that can disable or slow bloons in some way, like Princess Bubblegum, and then use a fast attacker like Finn. Bloons will go down fast with well-placed characters!

If you start to notice certain bloons getting through your defenses, try changing your strategies around. For example, if the tougher bloons are getting by – like the lead bloons – try setting your powerful characters to target “Strong” bloons. Small tweaks like this can make all the difference!

That’s all for Bloons Adventure Time TD! If you have any other bloon popping tips or tricks, let us know in the comments below! 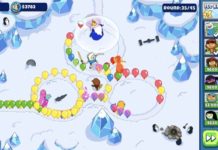