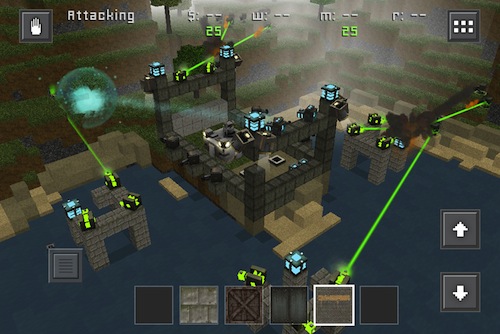 If you have loved the unique Block Fortress, developed by Foursaken Media, you’ll be quite happy to know that the team has released the first details for another game based on the series called Block Fortress War.

Block Fortress War will be a MOBA game featuring some unique gameplay elements taken from real time strategy games and the block building elements that everyone loved in the original Block Fortress.

Two of the races have already been revealed: the Block Men and the Goblocks. While details are scarce on their unique abilities for the moment, they’ll surely have advantages and disadvantages over other races.

The game’s ultimate goal is pretty simple: destroy anything in your path and defeat your enemies. Things are actually more complicated that what they may look like due to the inclusion of the strategic elements that will force player to think about the best course of action.

Together with the extensive single player mode, Block Fortress Wall is also going to include a PvP mode, allowing gamers to play against others to see who has the strongest block army.

No final release date has been given. We’ll keep you updated on this nice little game as soon as something new emerges on it.