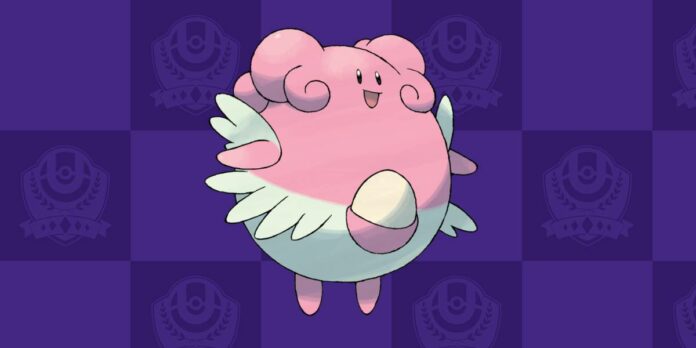 Hardcore fans of Pokémon Unite have data mined the game — that is, go into the game’s files to see if they can uncover anything juicy. Several miners have found what could potentially be the next Pokémon to be added into the game, with Blissey the egg Pokémon being one of them. Here is Blissey’s leaked moves, images, and more in Pokémon Unite!

Blissey is the assistant Pokémon to Nurse Joy, the workers at the Pokémon Centers. Naturally, since she’s working in a hospital environment, Blissey is a support heavy Pokémon. From the data mine, her attributes read as:

True to her origins in the original games, Blissey is a surprisingly tanky support Pokémon that can catch some players off guard. Though she’s lacking in mobility, she can hold her own with a variety of support moves.

Thanks to Twitter user @PokemonuniteL, the community has gotten their hands on some images of Blissey’s moves in action. Here’s a list of what to expect!

Blissey’s passive’s name is unknown at this time, but we do know what it does: her passive removes a status condition as soon as it’s applied. This passive has an internal cooldown, and we can only assume it’s a long one, since that’s a pretty strong passive.

Blissey’s basic attack functions a little differently from the others. Instead of getting a basic boosted attack after a few attacks, Blissey’s attacks get boosted after a certain amount of time passes.

Blissey’s first basic move is Pound. She pounds in the targeted direction, dealing damage to all enemies caught in the hit, reducing their movement speed. Pound morphs into either Egg Bomb or Soft Boiled.

Soft Boiled is a more supportive move, as it tosses a healing egg to an ally, restoring HP to them and Blissey at the same time. Blissey can hold up to three charges of this move, with the upgraded versions allowing her to hold more.

Blissey’s second basic move is Heal Pulse. Blissey targets another ally Pokémon and heals them and herself over time, giving her a nice early game heal. This move morphs into Heal Bell or Helping Hand.

Heal Bell cleanses a targeted ally from all status conditions and makes them immune to hindrances temporarily. The upgraded version also grants a shield. Heal Bell can save an allies in tight spots, and we’re expecting this one to get picked a lot.

Helping Hand greatly increases Blissey’s and a targeted ally’s movement and basic attack speed. During the duration of Helping Hand, all basic attacks turn into boosted attacks, which can be extremely powerful on certain Pokémon.

Blissey’s unite move is Bliss Assistance. Blissey dashes to a targeted ally, granting them a shield, increasing their attack and special attack, also throwing any enemies that are caught in the dash path. For the duration of Bliss Assistance, any damage that the targeted ally receives is split between them and Blissey.

Bliss Assistance is the ultimate saving throw, as it can rescue an ally who would otherwise be in an unsavable situation. Blissey’s move set is shaping up to be pretty adaptive and diverse; she will be able to meld her moves to whatever her team needs help with. If the enemy team has a lot of crowd control, Heal Bell can counter that. If her team needs more damage, Helping Hand can be nice as well.

That’s about all we know from the Blissey leak, for now. What do you think of her so far? Let us know in the comments below!