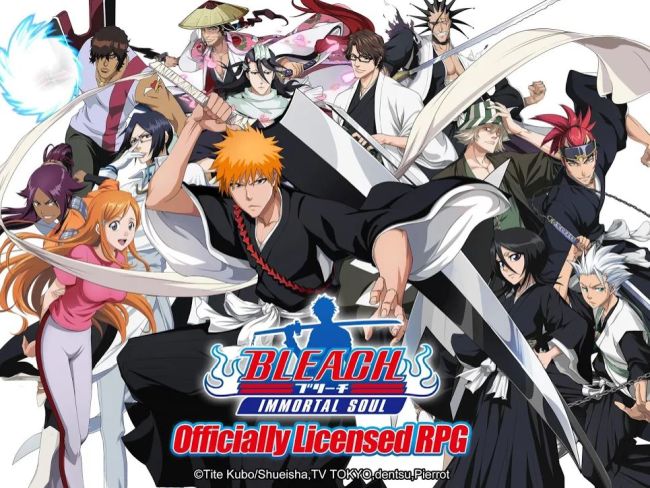 Today we are going to cover all of the best characters in Bleach: Immortal Soul and give you a complete tier list with all of the best heroes that you should have on your team!

Since there are quite a lot of characters in the game, I am going to write below some of the best ones out there, along with their specialty and everything else that you need to know, because a good team will pretty much get you through everything that you need in the game.

Of course, since all of the characters can be upgraded, they can all be considered decently good, but there are a few which just shine through! So I’ve chosen those in the Bleach: Immortal Soul tier list so that you will know what are the best heroes in the game!

Talent: In Seiretei Challenge, Damage Rate and Damage Reduction Rate of all characters are increased by 0.8%.

Renji is a great front liner as he is tanky be default, but he also has some pretty neat skills which can deal significant damage and inflict crowd control on the enemies. It’s a good unit to play while making your team for Seriretei Challenge because he will buff the damage dealt as well as reduce damage received.

How to obtain: Summon

Talent: In Non-PVP modes, ATK, DEF and HP of all characters are increased by 0.8%.

Ichigo is the main character of the game pretty much, and he is a great all-rounded unit. He is a good addition to any mode that is non-PvP, and he will do great no matter the situation. It’s also a unit that can be obtained fairly easy, so it’s not difficult to upgrade him.

How to obtain: Summon, Quest

Talent: In Battle Arena and Kenpachi Karnage, ATK, DEF and HP of all characters are increased by 2.4%.

This is probably one of the best single target units in the game, and although he is UR and slightly difficult to obtain for f2p players, it’s definitely a good unit which you can obtain by paying (kinda p2w). If you somehow obtain Aizen, then you got yourself a team member which is not only well-rounded, but similar to the manga, one of the most powerful!

How to obtain: Recharge, Squad Rewards.

Talent: Bleed Effect of all characters is increased by 8%.

Zangetsu is a super strong unit – after all, is the zanpakuto of Ichigo, but anyway he has a super good synergy with him. He has somehow similar skills with Ichigo, but he will be a lot more difficult to obtain. When you finally obtain both of them (and rank up Ichigo quite a bit) then make sure to pair them together because they will be amazing.

How to obtain: Summon

Talent: In Battle Arena and Kenpachi Karnage, Block Chance and Block Pierce Chance of all characters are increased by 2.4%.

As a unit, his skill is amazing for PvP and Kenpachi Karnage as well, and his War Soul allows him to regenerate Rage at a super high rate. His AoE row attacks are super strong, despite being AoE – they do damage as OP single target skills.

How to obtain: Limited during special events only (super difficult and rare to get sadly)

Captain Hitsugaya is a good unit which can inflict crowd control over his enemies and reduce their healing as well. Despite being a good attacker, he is also quite tanky, making him a decent unit altogether. It’s fairly easy to obtain him as all you need to do is log in to the game for 7 days.

How to obtain: 7-Day Login Rewards on day 7.

Talent: Can perform one free Soul Jade Summon every 24 hours.

With Byakuya obtained, his talent will help you A LOT when it comes to obtaining more shards and characters. Even if his power is not that amazing, you should just try to get him for that free Soul Jade summon because it is definitely worth it.

These would be my picks for the best characters in the game. Despite the fact that not all of them are amazing at battle and some of them such as Ichigo, a R rated character can get stronger than all of them pretty much, depending on the circumstances, you should find your favorites on your own by trial and error!

As you keep progressing through the game you will obtain various heroes, but in time you will get some super powerful ones such as captain Zaraki Kenpachi, whom you will want to focus the team around.

Now one thing worth mentioning is that while some characters can be farmed in the game (with shards farming) you will upgrade the lower grade heroes a lot easier than the SSR and UR heroes. Which is why something a R hero like Ichigo will be stronger than some other SR or SSR units.

What are some of your favorite characters and why? Let us know by leaving a comment down in the comments section below! Also, make sure that you check out our Bleach: Immortal Soul tips and tricks so that you can learn our latest suggestions for the game! Oh, and if you have something that will help the other players, don’t forget to mention that too!