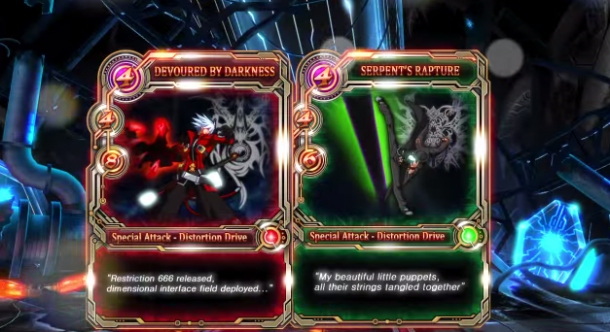 The 2D fighting game series BlazBlue is soon going to reach iOS devices, although not in the form fans probably expected.

Aksys Games has confirmed that a really unique card battler game is going to be released this Autumn on the App Store, a game combining the usual card battle features with a fighting game.

It’s not yet clear how everything will work in the game, but it looks like players will simply be selecting moves thanks to cards and watch the characters perform them on screen. Which may not be as satisfying as performing them yourself. BlazBlue: Battle Cards is definitely going to be much more than this, but at this stage it’s really hard to understand much else.

One thing is certain, though: the game is going to look quite good, as all the cards are going to feature art taken straight from the latest entry of the series, BlazBlue: Chrono Phantasma.

BlazBlue: Battle Cards is also going to feature an online multiplayer mode alongside the single player one so you will be able to bring your deck online and show the world what you are made of.

BlazBlue: Battle Cards will be released on iOS this Autumn. We will let you know more about the game’s release date as soon as more news come in on it so stay tuned for all the latest updates.