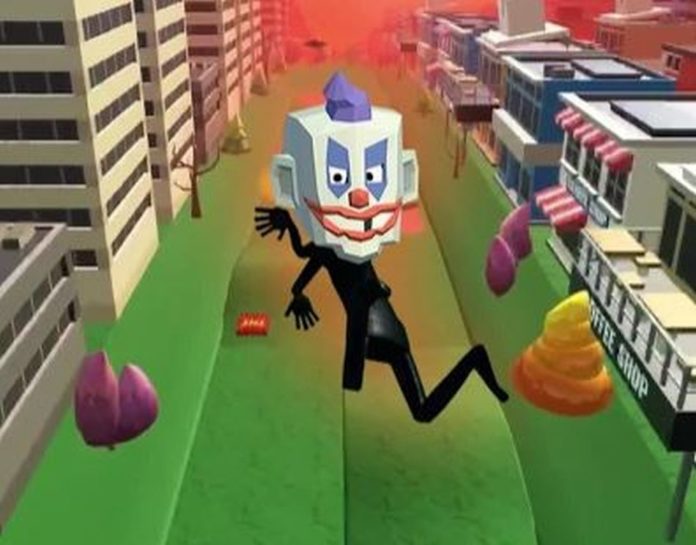 In today’s article we are going to cover all of the Blast Boy tips and cheats to help you launch the character for longer distances and aim like a pro pretty much!

Since this game is a pretty simple one – a boy sitting on a slingshot and all you have to do is launch it as good as you can, there is not much that you need to do other than have fun (the poor boy is getting pretty destroyed after all). But there are a few things that you need to know and if you want to learn how to travel further away, then you came to the right place!

I am going to share with you all of the Blast Boy tips and tricks that we have learned and you can put them to good use for when you want to clear out new areas and therefore let’s not waste another second and dive right into them:

The game will pretty much resume to tapping on the screen in order to launch the character. That is the whole game mechanic (if you want to even assume there is one), and all the other moves that you can do is move left and right while you’re being tossed in the air, in order to collect or avoid stuff.

The game is pretty easy, and if you want a relaxing experience where all you have to do is tap once then move left and right, it’s all good. So all that you should really do is keep on playing, and launching the guy, because the more you advance, you progress will be saved and you will slowly but surely move on.

While you are flying, you will probably notice quite a few things in the sky – from balloons to keys and even black clouds. Well, those black clouds that you see are really not good to run into because they are going to instantly slow you down, so it’s definitely not helpful no matter what (unless you want to end quickly).

Since these clouds are not difficult at all to avoid, I suggest that even if you are close to one, you immediately move out of its way, and to the left or right to avoid it. I really suggest that you avoid them because it’s not difficult and they only slow you down.

Well, not quite new characters, but probably the same character with different skins or masks. There are quite a few options, and some of the different skins / characters in game will come with boosts, which will help you earn more money, or increase your stamina or several other added bonuses.

The skins which give you boosts are the rooster, horse and crazy clown for the f2p players, but there are several more which you can unlock if you choose to pay for them. However, even if you unlock only those 3 it will be enough in my opinion.

All you have to do in order to unlock new skins is head on to the main game interface and head on to the Skins tab and there you will see at start various skins which don’t give you any boosts, but are also super easy to obtain.

Try out the premium skins for free

Next to every skin in game you will see a small blue icon with a play button on it which says Try. You can try out all the different skins in game by watching an advertisement, so if you want to try out a skin which gives you a certain bonus, then go ahead and watch an ad to unlock it for a game!

I suggest that if you don’t mind watching advertisements, then you can watch several ads and unlock a premium skin for a game which will help you do better in that stage – for example, if you want to watch an ad to unlock the skin which gives you extra money, then you can use that several times to make a lot of money!

I really think that if you are really invested in unlocking all the skins and such and if you don’t mind watching ads, the best way to make a lot of money fast is to use a skin which boosts the money (or power – depends on which one you prefer) and then use only that to farm money.

Watch an ad to double your income

After you finished flying through the skies in the stages, you probably ended up collecting quite a hefty amount of cash. If you are on the pursuit of permanently unlocking some skins which give you boosts, then I suggest that you watch an advertisement to double your income.

This is super useful, because if you happened to make a whopping 10000 cash in a stage, if you watch an ad and double it, then it will be a very, very fast way to make profits. By watching an ad to double your stage income it’s like you would make the same amount of money in 30 seconds, which if you don’t mind, I would definitely suggest that you go for it.

In my opinion it is best if you only do this for bigger sums of money, because I don’t think it is worth it to do it for the 1000 cash sums or such – since those you can make in a very short time.

Double your money for 2 minutes

Now this is another buff which is super useful, because this is separate from the double income at the end of the stage. You can activate the 2x money income in the main interface by watching an advertisement, and it will stay active for 2 minutes.

In those two minutes, you can go flying around and collect a ton of money – afterwards, you can choose to double it at the end of the stage and that will add up with this 2x money, which will result in a 4x profit!

It’s a really useful way to take advantage of the ads, but if you are pretty much bored to watch an ad to don’t like it, then it’s better to stick with just one of the options (or none at all – your choice)!

There are three types of upgrades you can make in the game, and if you want to fly for longer – way longer, then let me explain what each of them do and which ones are the best to upgrade first:

– First one (Blue) – Stamina Increase: will boost your stamina, which makes you stay in the air for longer without any other boosts.

– Second one (Red) – Power Increase: this will increase your launch power – with more launch power, you will be launched initially way harder and that means that you’ll have a better advantage early on even without boosts.

– Third one (Green) – Money Earnings: this option will increase your earnings from everything while staying in the air, which means that you will make more money overall!

Once you’ve balanced them all, slowly add more and more, with Power Increase being the one you should focus on first, then the Money Earnings and lastly the Stamina Increase. In my opinion this is the best way to go about the upgrades, but if you want, you can also distribute points to them all equally! That can work too!

You will often see keys flying around the sky – those should be your number one focus, because they will unlock some special gift for you! You will need to collect 3 Keys to unlock the gift, and if you happen to spot one, don’t miss it!

You can increase the spawn rate of Keys by bouncing on trampolines or by exploding the TNT, and that’s something that you should do nonetheless!

When you’re falling, aim for the trampolines or TNT

Whenever you see that your character is falling, then you should try to predict in which area you are headed, and then do your best to try and aim at a trampoline or TNT. Avoid the craters and the non-green areas! Those will instantly finish you off, so it’s definitely not something you want to do!

So try to always head on for a trampoline or a TNT, because those will keep you moving for a while longer so it’s definitely something amazing. As an added bonus, they also increase the spawn rate of Keys as mentioned above, so it’s a win – win situation!

The balloons are great boosts

Much like the opposite of the black clouds, the balloons are going to give your some boosts, similar to a jetpack (most likely because there are jetpacks hanging from the balloons). But for the sake of how they look, let’s call them just balloons.

Either way, you should try to pick them as often as you can because they will keep you in the air for a longer time and that will help you make more money!

These would be all of our Blast Boy tips and tricks that we have for you right now! Do you know some more useful game tips and strategies? Share them with us down in the comments section below!