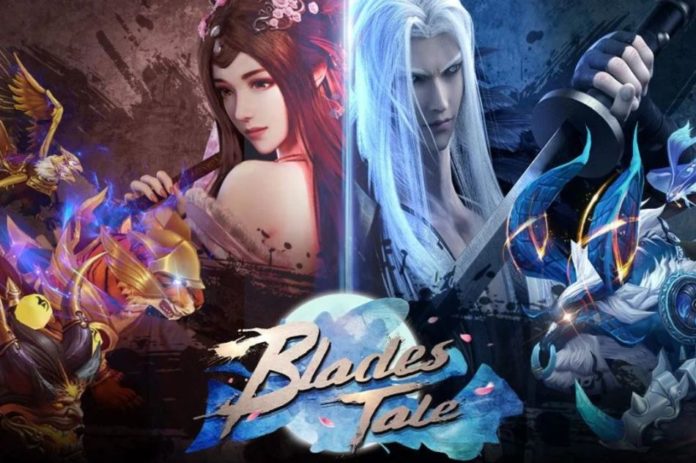 In today’s article we are going to cover all of the Blades Tale tips and cheats to help you get more powerful and unfold the game’s intriguing story!

Since there are quite a lot of things that you can do in the game, since it’s pretty much a full fledged RPG, I am going to help you get more powerful and share a couple of tips and tricks which I have found pretty useful all throughout the game.

But for now let’s focus on what is more important: improving in the game! So let’s not waste another second and dive right into the Blades Tale tips and tricks right here below!

One of the safest ways to level up quickly, improve and generally get better at the game, is to just follow the quests that appear on the left side of the screen! Make sure that you stick to the main quests and learn all that they are telling you (they are marked with a yellow bold “Main” text) because with those quests you will advance quickly into the game.

These quests will ask you to talk to various NPCs, collect items, and fight, so they are a collection of various tasks ready to be completed! Make sure that you follow them because they are going to be super useful!

While we are here talking about the quests, make sure that you do your Side quests also (they are marked with a light green “Side” text) because they also give you EXP and sometimes you will be able to claim other useful stuff and learn more about the game’s universe!

Once you have advanced a little bit into the game, you will unlock the Daily Quests, which are going to become one of your best friends in game! Make sure that you complete them every day, no matter how boring and mundane they are, because they will give you a lot of EXP daily and (as the name suggests) they can be completed once per day!

I would suggest that as soon as you start the game you follow all the quests that you receive, because if you do so, you will quickly level up and increase your character’s power by quite a bit!

Every single day you can log in to the game and claim various goods, which are going to help you not only become more powerful in the game, but also give you some fun and useful items.

There are several stuff that you can claim in the game, by simply logging and to the game, and here is where you can find them:

– In the same Gift S Guardian menu you can find these other tabs, which will give you free stuff: Gold Ingot (select the option to the right which is the best, once per day Get Once whenever it is free), Guardian Upgrade (You can select the Buy Once and there you can claim that for free every 48 hours or 2 days), Lucky Roulette (event which is running right now, might not be available in the future, which you can roll once for free every day).

– Tap on the “Bonus” menu right next to the minimap and there, in the Daily Sign In tab, you can sign in every day and claim the reward specific to that day! Do this every day because the rewards are very useful!

Make sure that you keep an eye out on the in game events that are time limited, because they might bring about useful and fun limited loot items, mounts and fashions, and they are pretty useful if you want to improve quickly.

Also don’t forget to claim these rewards every single day, because they are free and they really don’t require a lot more than a couple of taps from you!

Check your bag often – keep it clean and organized

One thing that you should keep your eyes on is the bag! There you will collect various items from your quests and tons of chests and equipment! Make sure that you check it often because you might find some gears which you can appraise and some chests which you can open to claim various rewards.

I would suggest that you check back your bag after each instance that you go clear, and after you defeat some powerful bosses, because some of the loot might not appear on your screen with the Equip option, so by checking the bag you are making sure that you rule out the possibility of missing out on some more powerful gear.

As you will advance in the game, you should make sure that you always improve your skills as much as you can, because that way you will deal more damage and no matter which class you choose to play, you will benefit greatly from that.

Now there are two options that you can upgrade the skills: the first one is a one time upgrade, which levels up the skill by one level, and the second is a 1-button upgrade! The latter will upgrade the skill to the maximum possible level with your resources, and that is usually used in cases where you skipped making upgrades for several levels.

Don’t forget to upgrade your skills every time that you level up, because if you do them in time, and constantly (level them up once each time you level up), you will always have your Power maximized and the damage you do to the monsters will be pretty decent!

Whenever you are fighting bosses (and that will happen quite often if you ask me) you will be in tough situations where they will launch powerful attacks at you, which you should try to avoid at all costs.

When a boss (or any powerful enemy) will launch an attack at you, you will notice some red markings on the ground which are slowly charging, indicating the time until they launch the attack. I suggest that you always try to dash away from these attacks, because very often they will also inflict not only a great deal of damage, but also crowd control, which will then lead to you taking subsequent damage.

So therefore try to use the dash ability to move away from the attack range, or move manually, because it’s way better! Also, this applies especially for when you are using auto battle or manual battle, which takes us to the next point:

The manual battle is what you should be doing most of the time, but in the early game you will manage to go about by using mostly auto battle because the enemies are not that powerful and even if you don’t dodge their attacks, they will not kill you most likely.

The manual battle is slightly more difficult than auto, and also a lot more engaging, because you choose what your character will do, where it will go and basically you will be in control of every move that your character makes.

So in my opinion you should definitely master your skills first, learn what each of them does so that you will know when the right time to use them is, and because that way you will learn for yourself when it is better to use manual battle over auto.

Keep in mind – it’s better to battle the bosses manually so that you can dodge their attacks at the right time!

It’s easy to use auto battle when doing that, and honestly I would recommend it if you are bored to go through all the quests and monsters one by one manually. Another good time to use auto is when you are botting or are in an instance where there are a ton of monsters (NOT bosses) and you want to take them on all at once.

Another instance when you could use auto battle if when you really want to give yourself a break and just let your character do its thing!

Deploy Guardians to increase your Power

The Guardians are your character’s both pets and mounts. The mounts that you will acquire can be deployed as guardians (or pets if you may) which will help you during the battles with various monsters and enemies.

How to get more mounts / Guardians: If you want to unlock more Guardians, you can tap on the Guardian icon in the right side of the screen, on the main interface, then head on to the Summon tab. There, you can summon either by paying Coins, or by paying Soul Jades (premium currency).

One summon costs 10000 Coins, and 10 summons cost 80000 Coins (so it’s definitely more worth it to buy the 10 summons, because you will get 2 summons for free)! By doing this you can summon either a grade A or B creature, but if you want the grade S or even SS, you will need to use Soul Jades.

I suggest that you save up 80000 Coins and summon 10 times, because it is way better than a single summon!

Deploy your Guardians: Now that you summoned your mounts, head on to the Deploy tab and deploy the mounts with the highest CP in the slots that you have open. You will unlock more slots as you level up, so don’t worry!

Upgrade your Mounts / Guardians: You can upgrade your mounts by heading on to the Upgrade tab, and there you can select which EXP potion you want to feed to the mount. Once you do that, the mount that you fed will gain extra stats and levels, so make sure that you do it whenever you have some EXP potions.

One other thing you can (and probably should) do is to save the EXP potions until you gained an A or S mount, and then feed those to that mount. That is, if you have the patience!

Do you believe in Fate?

This game, much like others from the genre, offer an in game dating system! You will be able to look for another player once you are level 20, and then try to do various quests with that player! It’s a very interesting feature, and if you are playing with a friend, then by all means try to make a male and a female character so that you can both benefit from this feature!

These would be all of our Blades Tale tips and tricks that we have gathered for you right now! Do you know some more useful game tips, or maybe you want to share your strategies? Leave them all down in the comments section below!