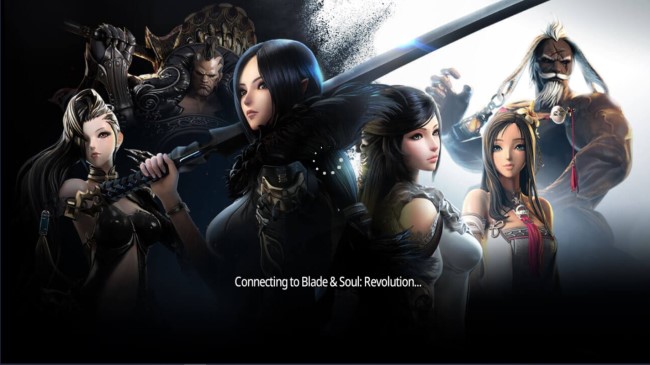 There’s a big question that every gamer has to answer whenever they are about to start an mmorpg. “What class am I going to play?”. We’ve all been there, there’s no way around it. In this article, we will talk about all the currently available classes in Blade & Soul Revolution (Global Release). The pros, the cons, and their gameplay in general.

Hopefully, we can help you answer the big question. So, without any further ado, let’s get right into it.

In Blade & Soul Revolution, each race has two class options available that a player can choose from. Which means, if you want to be for example a Kung Fu Master, you’ll have to choose either Gon or Jin as your race. But lets see the overall restrictions first.

Gon and Lyn races are gender locked. Gon is available only for male character and Yun for female.

Destroyer is the main ‘tank’ class in Blade & Soul. They have many crowd control (CC) skills and a shield that can absorb a ton of damage. In PvE, they are the main tanks of a party but due to their low damage output, they will struggle with content in solo play.

This is a very strong class in PvP because even though they can be kited, Destroyers can lock down their opponents with their CC.

A melee dps, Blade Master is an overall well-rounded class. They usually act as a ‘soft’ tank in group PvE. When it comes to PvP, Blade Master has a little bit of everything. Fast hack n slash combos and gap closers, good burst, can block attacks, but not a lot of CC.

Force Master is the glass cannon of Blade & Soul. Probably the highest damage output, this ranged class is good for both PvP and PvE. They are always the main damage of their party as they have a ton of offensive abilities but they lack defenses.

They are by far the best farmers when it comes to PvE. In PvP they will struggle if they get caught out of position due to their lack of any escape tools.

A melee range dps class with a lot of cc, Kung Fu Master as the name suggest has an insane combo potential. Experienced Kung Fu Masters will time and chain their skills and keep their opponents locked down.
A very fun and engaging class to play, but not exactly beginner friendly as you can easily be punished if you mess up your combos.

In PvE they are usually played as dps but it’s in PvP where great Kung Fu Masters shine with their ability to counter and block attacks.

Summoner as the name suggest, summons a pet cat to assist them in battle. It’s the only class that has a heal ability and invisibility. Overall a well rounded class, with good offensive and defensive skills. In PvE party play they usually are the healers/buffers of the team , while at the same time, they can provide dps and cc. They are equally good when it comes to PvP with their only weakness being that they are a very squishy class.

As you can see, every class has pros and cons. It comes down to playstyle and what you find the most enjoyable. We will update this article when new classes are released in Global version, so make sure you check back to this page!