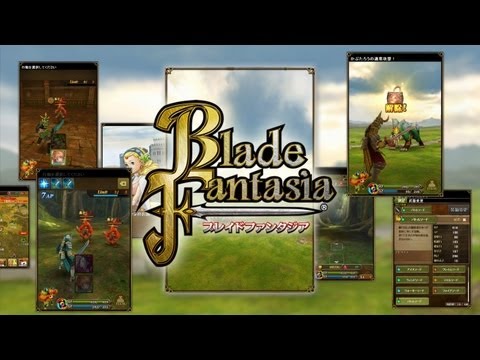 Capcom is almost ready to debut their brand new iOS RPG Blade Fantasia and they’ve released a new trailer to commemorate the occasion.

Blade Fantasia is what Capcom describes as a “light and smart full-scale RPG” set within a fantasy setting and it is being developed by a team that includes veterans of both the Breath of Fire (including Breath of Fire series creator Makoto Ikehara) and Devil May Cry series’.

Judging from the trailer, it looks like players will be able to take control of multiple different characters and outfit them with various pieces of colorful armor and weaponry before venturing out and battling a variety of creatures. Combat will be handled using a simple touch-button interface that will allow players to tap different icons in order to “queue up” various attacks into combos.

Blade Fantasia is currently set to be released on iOS devices in Japan on September 26th. Capcom was sadly unable to confirm if the game will ever see a release outside of Japan but if it garners enough success, it would only make sense for Capcom to want to get Blade Fantasia into the hands of Western RPG fans as well.