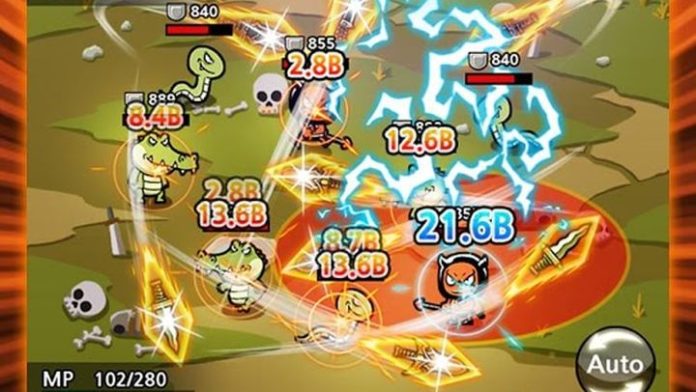 Blade Crafter is a truly unique RPG game that challenges you to craft the best weapons you can and take them out to battle to destroy waves of incoming enemies. And although things are pretty much self-explanatory overall, we’re here to share some Blade Crafter cheats and tips that will help you get the most out of this great game.

So, even if you are an advanced player who managed to upgrade their weapons on multiple occasions, you might still find a useful thing or two here, so let’s not waste any time and let’s check out instead some Blade Crafter tips and tricks below!

Keep an eye on Mana Points
Mana Points are extremely important in combat, because they are very limited and you need a ton of them to be able to cast all your skills. So keeping an eye on them is vital and you should try to optimize their usage in order to be able to use as many skills as possible, at the right time.

So try to go and mine for resources as soon as your energy allows for it to happen and try to keep a balance between all types of resources, but also base your mining for the type of resources you need for the immediate upgrades. For example, you will unlock silver relatively early in the game, but you won’t need it for a while as much as you will need the other basic resources, so it’s a better idea to have more of those early on.

Be smart when using the skills
I have to get back to skills and mana once more because they are extremely important, in my opinion and optimizing their usage can really make the difference.

Use skills in such a way that you consume mana at optimal rates and you have enough left for a new use later on during the battles. This means that you shouldn’t wait for the durability increase (which is one of the most useful skills in Blade Crafter, in my opinion), but instead use a different skill first, then use the Durability one when your weapons are already low on health.

Take into consideration the cooldown timers as well, and the fact that if you upgrade your skills, their cost increases too: so sometimes it’s best to delay the upgrades until you afford to actually use them in battle.

How to deal with Weapon Upgrades
The success rate of your weapons’ enhancement goes down the more upgrades you get and resets once you craft a new weapon. Even with this in mind, I would recommend trying to keep your weapons’ levels as close as possible in order to maximize their durability in battle. 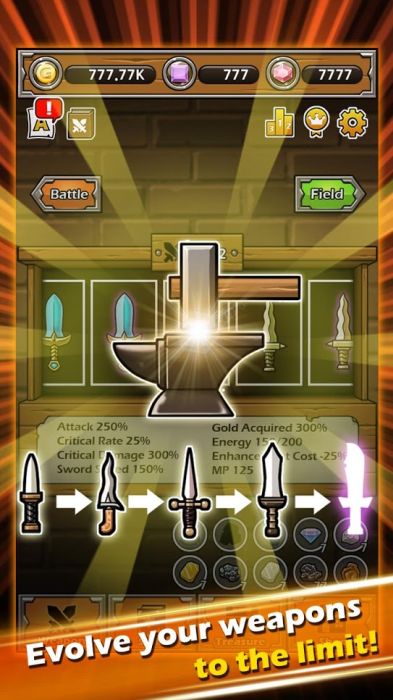 The most difficult part is getting a new weapon and upgrading it to be on par with everything else that you have, so make sure that you put some money aside for that when a new unlock is available, and focus on that particular weapon for a while.

It doesn’t hurt to have one or two weapons that are 2-3 levels above the rest, but apart from that I had better success by trying to keep their levels as close as possible, as it makes all battles easier to handle.

Keep the Best Runes Equipped
Runes are rewarded randomly when you play and it’s just a matter of luck when it comes to acquiring them. Early on in the game, you don’t really have many choices when it comes to the runes you equip, but later on this will start to matter.

This means that you shouldn’t rush to invest all materials in the runes you unlock early on because you might get better ones later. Focus on one that you know you will use (like one that increases overall damage or earnings) and be patient with the others: rune upgrades are very expensive and materials hard to come by, so you definitely want to be patient and make sure that you are making the right choices here.

Treasure Upgrades
Another extremely important type of upgrade is the Treasure category, where you have all sorts of possible upgrades. My recommendation is to focus on the first one which increases your general attack, then invest a bit in the Critical Rate one, followed by the Golden Goblet in order to increase earnings.

The earlier you invest in the Golden Goblet, the more you will get in return, so keep an eye on it at all times. Two other very important upgrades later one become the Earring of the Elves (which increase your Mana Points) and the Glove of Lightning which makes all your swords move faster, therefore destroying your enemies a lot faster.

I would also recommend to invest at least once your Premium currency into Sage’s Stone because it gives you an extra Mana Point recovered per turn, and that is pure gold on most occasions, especially later on in the game.

These would be, for now, our tips and tricks for Blade Crafter. If you have some additional strategies that work well in the game – or questions to ask – don’t hesitate to let us know by posting a comment below.