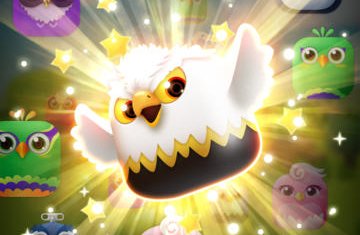 Birzzle Fever is a simple but fun game published by the legendary Halfbrick Studios and developed by Enfeel. The game is a standard ‘match three or more colored blocks’, but there are a couple of twists on the formula that should have fans of the puzzling genre coming back again and again. The game is fairly self explanatory from the beginning. It has a few simple tricks that ensures gamers are constantly multiplying their own scores and having even more fun with the addictive puzzler.

Check out below our Brizzle Fever cheats: actually, a set of tips and strategy advice that will help you keep on matching and get the highest possible score.

There are many Superbirds in the game. Choosing each one can drastically affect your performance in the game. These are the first three that are already unlocked:

-Popo: Easy
Popo has a bomb move that is easy for beginning players to use. They can learn how to try to use the different abilities with this Superbird.

-Suri: Difficult
Suri is a little tougher to use at first, as he has ability to give the player more and more items over time by refilling their special gauge.

-Polo: Really tough to use
This bird can help the player level up faster and faster, gaining the max XP with ease. This skill is something that will pay off over time and is only recommended for advanced players; as its only ability is to simply level up faster.

In the beginning, you can go choose the auto button instead of getting overwhelmed by the massive Superbird system.

2. Tap quickly and frequently instead of tracing a line

This is a pretty simple control issue that had me stumbling with my initial few games. After simply tapping what I needed to, the game was a breeze. This tip can help gamers double and triple their combos that they are already getting. It should also be mentioned that colored birds that are only connected by corners cannot be matched. Once again, this is another control issue that had me really stumbling towards some of the simpler parts of the game.

Hardcore IOS players are likely used to games with daily bonuses by now. The concept is simple– every single day that you play Birzzle Fever; the title will give you a free bonus just for showing up. This can really help with hearts or other systems that can be essential to getting the most enjoyment out of this title in the long term.

4. Pay attention to the mission system

Keep track of some of the different missions that are currently available to you. The role playing systems that recent IOS titles have taken from RPG’s have made them considerably more fun. Jumping on the bandwagon and having even more ways to level up your characters and make your gaming experience even more interesting is a great recent innovation on IOS.

5. Level up your Superbirds

By taking advantage of all the strategies above this should come naturally to you, but make sure to level up your Superbirds. This can mean the difference between a strong and weak player of the actual game. Switching to a brand new Superbird can be a little jarring, as the player has to alternate play styles for the different birds and start all the way back at level one. However, it can pay off in the long run by deciding what bird ultimately happens to suit you the best. As the game recently revealed to me, there are a number of Superbirds that simply hide under locked gates in the bird select screen.

Another fun thing hidden within the title is the inclusion of some of the other separate bonus missions; if you are playing alone, this can be your key (no pun intended) to getting even more hearts and bigger scores to help level up. In order to unlock the new bonus missions, you have to break the key block with a trigger that has a chance of randomly appearing in the games that you are playing. Keeping track of where this tile is and how you can break it, is your best chance at having an even more interesting game experience then you would have had otherwise.

This is another really important lesson that should be acknowledged by those playing the title–break those special blocks. These can have hidden multipliers, bombs, extra hearts, and even some of the keys that we mentioned above. Breaking these can sometimes be difficult and require something like a black hole bird to be broken. Breaking the blocks can give the player a nice sense of accomplishment that will only serve to enrich the game play experience even more.

Birzzle Fever is a great game that will have players hooked to their iPhone screens for several days. Sit back and enjoy the experience with all these new tips and tricks.