Home Guides How to Hit a Golf Ball in Birdie Crush: Fantasy Golf |... 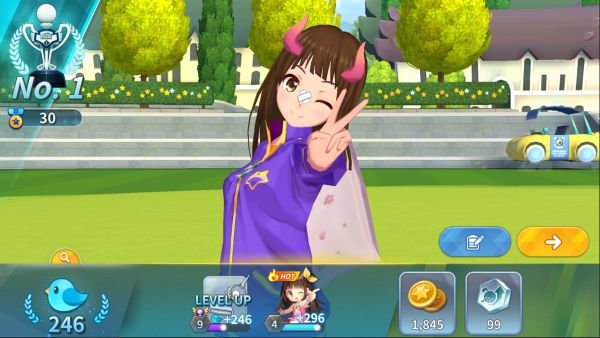 When it comes to hitting a golf ball there’s a number of things that you need to take into consideration. But for start, let’s break it down to two major categories: Carry and Run. (Carry and Run equals Driving Distance, which is what the Control Zone indicates.)

Every Golf Club has a different Driving Distance as you see in the picture below. It’s important to know the difference between each club’s Run in order to pull off some amazing plays.

Now let’s examine the first category which is the Carry. Carry is the travelling distance of a golf ball from the point you hit it until it lands. After that is the Run part but more about that later.

As an example, let’s say that there’s no wind involved and the surface of the course is level fairway. In this case, two things will affect the landing spot of a golf ball, your stoke and the surface that the ball is on.

Swing bar is divided into 3 impact zones by their color: perfect , nice , good shot. The shot will be determined by the point where the swing bar’s cursor has stopped when you stroke.

The wide circle of the Control Zone calculates and indicates the ball’s final landing spot based on the good shot (Carry + Run). If you hit a perfect, shot the ball will land on the center of the circle.

Now let’s add Wind conditions to the equation and see how that can affect your hit on a golf ball.

Based on Driving Distance of 150yd with a 3l Golf Club, the left or right side wind low will affect your approach about 2-3yd for 1yd/s.

TIP: As an example, a simple way to counter a right flow wind is by aiming to the left side of the swing zone when you stroke. How much left (from the center which is a Perfect Shot) depends on how strong the wind flow is.

Now that you know how Wind affects your stroke mechanics let’s talk a little bit about the different kind of surfaces in Birdie Crush.

Areas where the grass is darker than the fairway is Rough. MAX power becomes weaker in Rough so the Driving Distance is shorter.

Additionally, in Rough it’s harder to hit a good shot because the Nice Shot zone of the swing bar becomes narrower and the speed of the cursor becomes faster.

In Semi-rough, the ball condition is adjusted to 80-90% (of it’s MAX power). That means that the Driving Distance in Semi-Rough is shorter.

Areas covered by sand is called Bunker. The Driving Distance of the ball will be much shorter than usual since the Max power in Bunker is weaker.

In Bunker, the nice shot zone becomes narrower like that of the Rough and you’ll only be able to use SW Golf Club.

TIP: All in all what that means is that you need to set the Control Zone farther away when you are in such surfaces. You can always see the MAX power on the bottom right of your screen.

You can send the ball towards the hole cup by making a shot if you align the aiming direction with the Light Pillar of Hole Cup.

Ok by now you know everything about hitting a golf ball the right way, but that’s only half of the equation. What happens once the ball hits the ground is what we are going to talk about in this section.

If there’s no altitude difference between the ball’s current state and the ball’s drop point, it will travel as far as your Driving Distance based on your Golf Club.

However, if the ball drops on a higher altitude than the swing spot, the ball’s Run distance becomes shorter, which means, shorter Driving Distance as a result.

On the other hand, if the ball drops on a lower altitude than the swing spot, the ball’s Run distance becomes longer, which means longer Driving Distance.

TIP: Adjust the control zone based on the information provided in the pictures but also keep in mind the wind flow direction and the surface of the swing spot as we talked about earlier.

When you set the Control Zone. take that into consideration as it will greatly affect the ball’s landing spot.

Break down the Control Zone placement in two parts. First set the Driving Distance of your hit based on the terrain of the swing spot, wind flow (reverse or forward), altitude difference, the terrain of the landing spot and the golf club that you are using (it affects the Run distance).

Then re-adjust to the left or right based on the wind flow direction (left or right) and swing spot’s terrain slope (if there’s any). If you have a tendency on stopping the Swing Bar cursor at a certain point take that into consideration as well. For example I always aim for the Nice Shot zone to the left of the swing bar so I put the Control Zone a bit farther to the right to balance it. 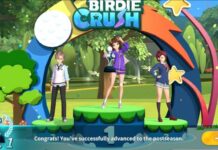 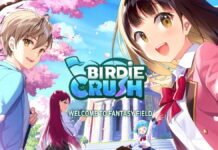