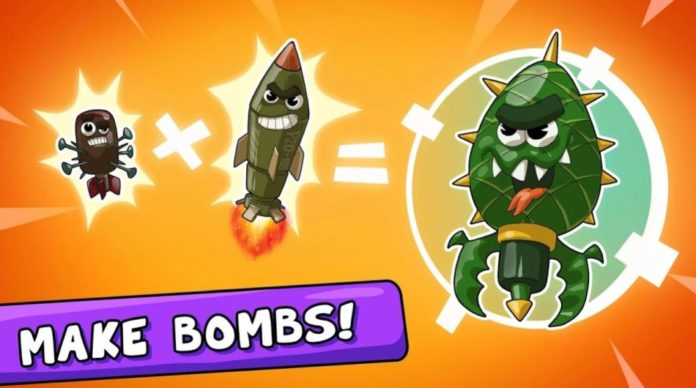 In today’s article we will share with you all the Big Bang Evolution tips and cheats that we know in order to help you unlock all the bombs quickly and move from one world to the other in order to conquer (or destroy) it!

Since this is kind of a semi-idle game, you will need to sometimes get in game and make some upgrades, as well as open up the atoms. But other than that, this game progresses even while you are offline, so you don’t need to worry about it.

Therefore, let’s dive right into the Big Bang Evolution tips and tricks because we got some pretty cool suggestions for you!

Make all the right upgrades quickly 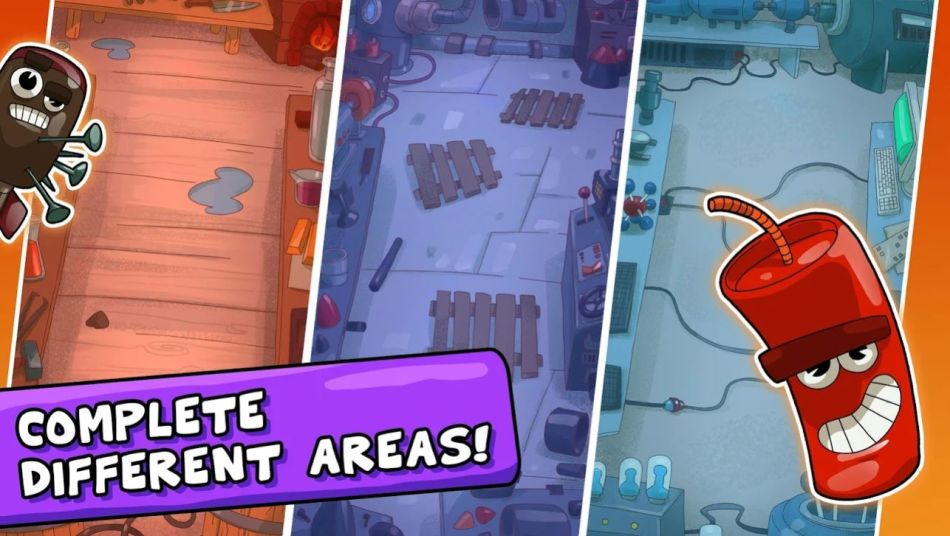 If you want to get through the early stages as fast as possible, you will want to make the right upgrades fast, and not waste the money on buying bombs. This will help you by selecting just the best bombs and not wasting time with the weak ones.

First and foremost, you should focus on gathering enough Gold to make a couple of upgrades to the Atom time. Since at the very beginning it will take 10 seconds per atom to spawn, if you upgrade it twice it will go down to 8 seconds.

After upgrading the Atom time, be patient and you will start collecting more upgrade types. Try upgrading the Piggy Bank once since you will not have anything better to upgrade yet, and as soon as you unlock Bomb from the atom, focus on that. That’s basically when the game begins to be fun and really, really enjoyable.

By far, in my opinion, you should go for the Bomb from the atom because that will increase the level of the bomb you get from the atom by 5 (at max level), so make sure this will be your first full upgrade because it will benefit you lots.

After you’ve done this, make sure you max the Atom time. When you do this you will always unlock a Shell when you tap on the atom, and whenever you combine 2 Shells you get a Grenade. 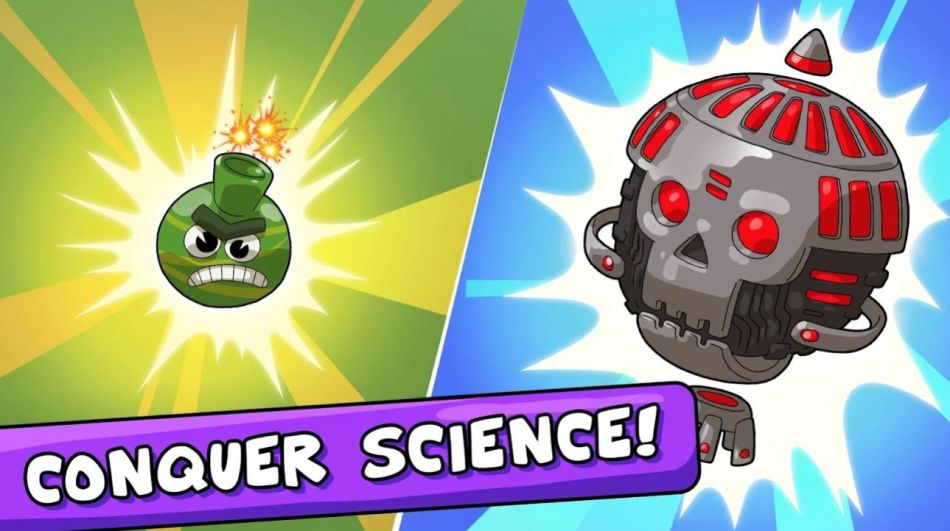 Notice a flying Magic Case? Tap on it!

Every now and then you will notice a Magic Case flying across your screen. When you tap onit, it’s going to give you some sort of wheel of fortune which, once you spin, will reward you with a random item which can be anything between temporary boosts, to Crystals.

Sometimes the chest will require you to watch an advertisement in order to open it, and sometimes it can be opened without watching an ad. Either way, you should definitely go for it because you never know where your luck will take you!

Either way, no matter the result of the spin, you can be sure that the rewards you receive are worth it. My suggestion would be to always take advantage of the Magic Case whenever you see it!

If you want to collect Gold quickly, you should spam tap the bomb with the highest level because that is the one which gives you the most gold per tap. Normally all the bombs give some passive gold income, but when you tap them you will get gold continuously for every tap you do.

If you are just a few gold short from an upgrade or so, make sure you do this if you have time, because it is a great way to collect more gold than you would normally get from just waiting passively for the bombs to produce gold.

You want Crystals and more Gold?

At some point in the game you will see that there is a missions tab appearing in the right corner of the screen. When you go in the Missions menu, you will have a single mission that you can complete at first, but as soon as that one’s completed and rewards have been collected, you will have several options to choose from. 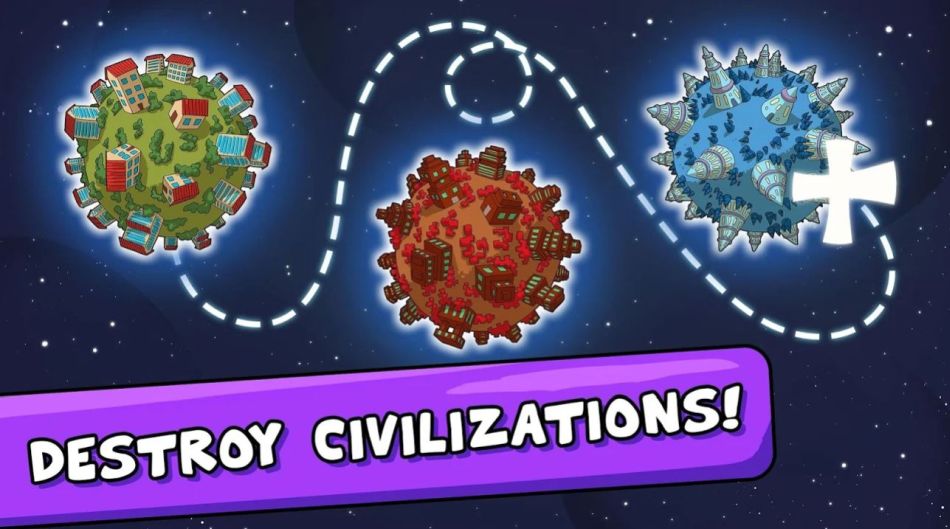 I always prefer to go for the Rare Missions, because they are the ones that give the best rewards, even if the mission timer is higher (12h per mission). I also prefer to watch ads to boost the mission timer, because that timer adds up so quickly and I can finish several 12h missions a day, depends how much time I have to play.

In order to boost a Rare Mission completely, you will need to watch 24 ads. The average ad takes about 30 seconds to watch, so you will spend a total of 12 minutes (at most) watching ads from start to finish for a 12h mission.

It’s a big difference between 12 hours and 12 minutes, so if you want to make a lot of gold, but with a little time invested, then you can definitely do this!

Every now and then, the Piggy Bank pop up on your screen with a random Gold reward. This reward can be doubled by watching an ad, so don’t miss out on the opportunity to double it whenever possible! This is another way to gather more gold for free!

Look at the Collection to select an upgrade path

Always look at the bomb Collection before making an important decision on which bomb upgrade to go for. The path you choose doesn’t affect the gameplay, but eventually you will want to unlock all 4 paths, so let’s take it one step at a time.

Whenever you make a few bomb combinations, you will get 1 free Crystal. If you add a few points in the Mixing Scale, you will need less combinations to get Crystals for free! This is super worth it especially later on in the game when the atoms will appear every 3 seconds (with the max upgrade). 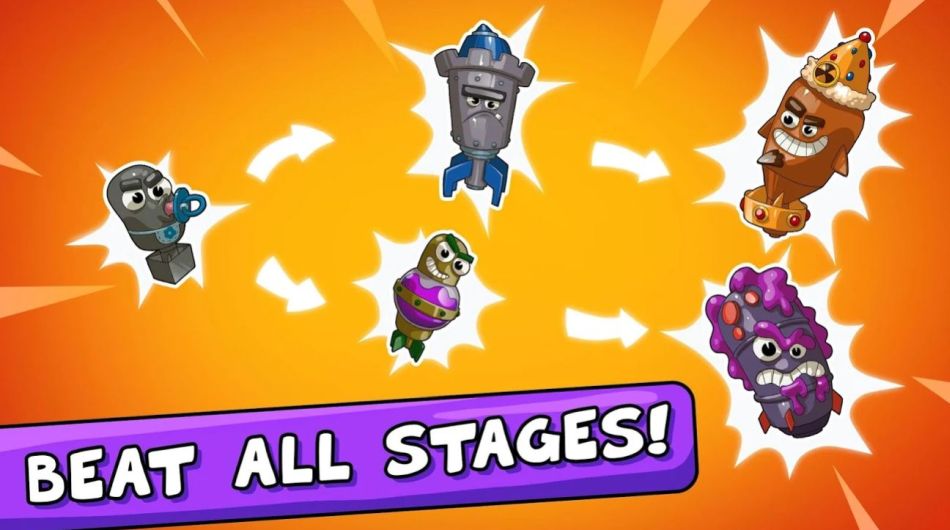 Once reaching that point, you will continuously have a certain source of Crystals, and you can spend them on boosts and what ever else you like.

Buy a new world to destroy

You will start the game on Earth, but since there are 4 branches that you can upgrade in the game and only one available per planet, there are 3 more planets other than Earth which you can (and should) unlock once you get enough money.

Get a Gold Boost!

If you want a good Gold boost, then you should tap on the coin on the right side of the screen. This will unlock a very OP buff for a few hours which will boost your gold income! It’s always good to take advantage of such boosts because with them you will unlock the planets and bombs much faster!

There would be all of the Big Bang Evolution tips and tricks we have for you right now! If you know some other cool stuff about the game, make sure you leave them down in the comments below for everyone to see!