Home Game Guides Beyond The Dead Tips And Tricks 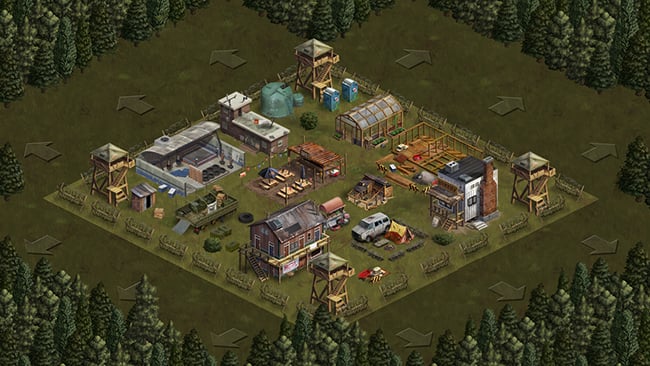 Gree’s newest game Beyond The Dead takes some of the best concepts of the RPG/strategy/zombie game genres and present them in an easy-to-understand and hard-to-put-down mobile format. Below are some handy tips and tricks to make your zombie-hunting mobile adventure a little easier.

When out in the world and attacking zombies and other foes, you might get a little frustrated at having to first select a target to attack and then tap the small “attack” icon that appears right below them (especially if you’re playing on a smart phone). However, to help make combat a little easier and more streamlined, you can simply double tap a target to immediately select it and initiate combat. Just be careful when attacking an enemy that’s really close to one or several other enemies since the double tap doesn’t allow for corrections.

While it’s fun to occasionally see that good old “Level Up!” notification flash on your screen, don’t forget that your character isn’t the only one who can gain levels. Training and upgrading your squad of survivors is essential when trying to tackle higher level areas in the game and can also unlock new skills and special abilities for certain survivors. Whenever you bring some fresh new survivors back to your base, be sure to give their skills and abilities a quick perusal to see if they can help train one of your other established survivors.

Expanding and upgrading your base can have several benefits both in the short and long term. Basic structures such as tents, chicken coops, and sheds help to keep your group’s morale up as well as providing essential supplies. As your base gets bigger and bigger, you can eventually expand beyond the basic square of landscape your start out with. More advanced structures and defenses can bring additional unique benefits and help stave off attacks from NPC’s and rival players. Lastly, every structure also provides a timed bonus of silver currency which grows as the structure is upgraded.

Speaking of base upgrades, don’t forget that you can bypass a structure’s build time with a small exchange of gold bars. Since the game provides you with a starting package of 500 bars, feel free to upgrade some of your starting structures to help you get an early boost in moral and silver income. More gold bars can be bought through in-app purchases if you want them but the initial starting amount should be enough to last you through the first few hours. Once you get a better idea of which structures are essential to your given playstyle, you can better determine where to properly allocate your insta-build gold bar funds.