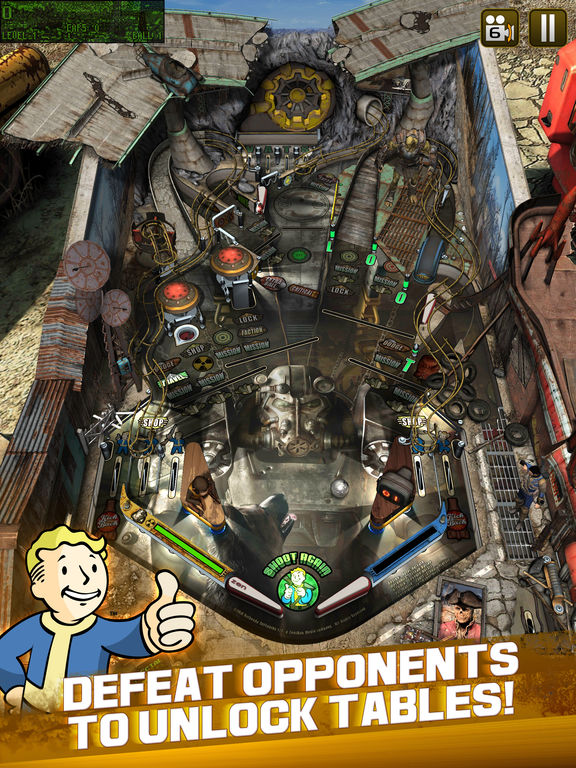 Bethesda’s beloved franchises like The Elder Scrolls, Fallout, and Doom have come together in a way you would have never imagined! Bethesda Pinball is a fun and lighthearted spin on the grand adventures these respective universes usually put you through. Instead of surviving a post apocalyptic wasteland or battling through the legion of hell through normal means, you’ll be doing so through a good ol’ classic game of pinball! So let’s get started with our Bethesda Pinball cheats, tips and tricks strategy guide!

You can swipe the top portion of the screen to simulate nudging the pinball machine. This will put a very, very slight spin on the ball’s current movement. If you time this right, you can give you ball that extra “oomph” it needs to get over an edge or something. We had a lot of moments where our ball would be teetering on the middle of a thin divider. Nudging is incredibly useful in instances like that.

That’s all for Bethesda Pinball for now. We’re sure there’s a lot more, so if you have any other tips or tricks to share leave us a comment below!