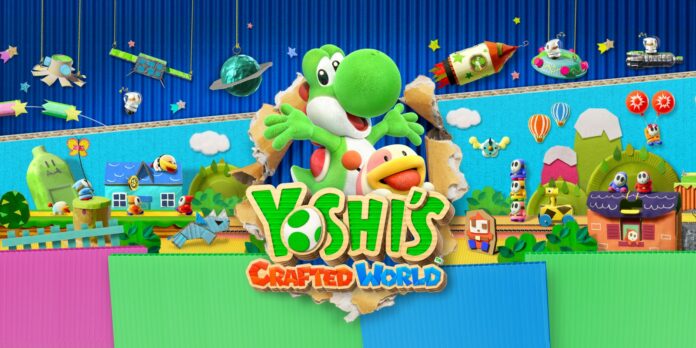 Yoshi is a cute dinosaur that players have met in the Mario series. And since a lot of players liked this character very much, Nintendo released games where Yoshi is the playable character. So today, players can take part in the adventures of their favorite dinosaur on Nintendo Switch. And in this guide, we will tell you about the best Yoshi games.

This is a relaxing game about Yoshi’s adventures in a world made from arts and crafts materials. Players will need to collect and explore the world and solve puzzles based on perspective. There are also many collectible items in the game.

This is an unexpected collaboration between Nintendo and Ubisoft. In this tactical game, players must assemble a unique team, equip it and fight various enemies and bosses. One of the main characters in the game is Yoshi.

This is a game that combines tennis and some fighting features. Players can play tennis with friends, family, or other players. Mario Tennis Aces features a variety of famous Nintendo characters, including Yoshi.

This is another sports game. In it, you need to play golf, but the game has arcade features and, of course, a lot of characters to play with. And, of course, you can play golf for Yoshi.

This is a game in which players have to roll dice, similar to board games. Moving around the field you will have to play different mini-games. In Mario Party Superstars, you compete against other players and can choose Yoshi as your character.