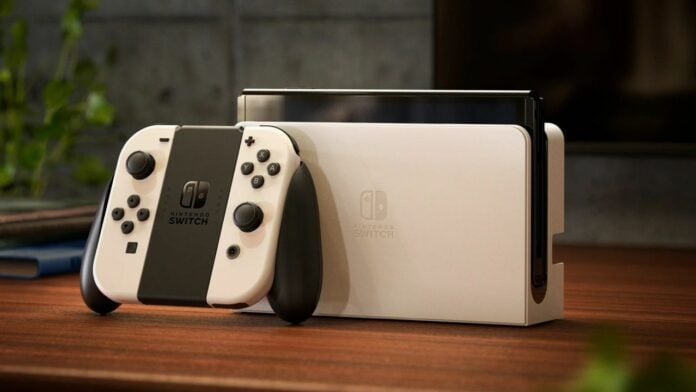 The Nintendo Switch has had many great years for new releases since its launch in March 2017, but very few years have reached the heights of 2021, which saw a wide range of excellent releases.

It doesn’t really matter if you are just an intrepid adventurer that knows no fear, a veteran monster hunter, a thief that tries to fix society, a galactic bounty hunter stranded on a mysterious planet, a photographer, or a simple plumber: we can assure you that there is at least one game released on Nintendo Switch this year that you will love to death. And possibly even beyond.

Here are the best Nintendo Switch games released in 2021.

Bravely Default II is not only one of the best role-playing games released this year on Nintendo Switch, but also the game with the most confusing naming scheme. This, thankfully, doesn’t impact the game’s quality one bit.

Despite being labeled as the second entry in the series, Bravely Default II is actually the third game in the franchise, and not a direct sequel to Bravely Default and Bravely Second. In the new game, you will embark on a grand adventure with a brand new cast of characters that has to save from a great evil. While there are a lot of new faces in Excillant, not everything has changed: the turn-based battle system is as engaging as it ever was, and the many Jobs available in the game grant so many customization possibilities that it is possible to play through the game multiple times and never get bored. Not that you are forced to, this time around!

The Metroid series is among the longest-running Nintendo series, and among the most influential in video games as a whole, contributing to the birth of an entire genre together with the Castlevania franchise. Despite all this luster, the series has had huge ups and downs, and it was only with MercurySteam’s works that the series managed to get back on its feet following the disaster that is Metroid: Other M.

Metroid Dread feels like the culmination of the amazing work the Spanish developer did with Metroid: Samus Returns, as it takes everything that makes Metroid great and turns it up to eleven. The design of planet ZDR is incredible, requiring players to use all of Samus’ upgrades to the fullest, the atmosphere is incredibly immersive, the platforming is as tight as it was in the first few entries in the series and combat is extremely varied, forcing players to use all of Samus’ tools to defeat the many enemies they will meet on the planet, including the E.M.M.I. robots that never fail to show the bounty hunter the true meaning of dread.

The Monster Hunter name has become a synonym of quality a long time ago, but Capcom hasn’t been resting on its laurels, improving the formula more and more with each new entry in the series. The culmination of this process is Monster Hunter Rise, one of the best, if not very best, Monster Hunter games ever released.

At its heart, Monster Hunter Rise doesn’t differ much from other entries in the series, as you will still embark on a variety of quests to hunt monsters and use materials carved from their bodies to craft gear that will let you take on even more powerful monsters, but the devil, or the monster, in this case, is in the details. The experience is smoother than ever, the customization options even greater, with the introduction of Switch Skills for all weapon types, and the increased mobility granted by the Wirebugs allow you to take the fight to the air and come up with some new strategies that were not possible in previous games. This really makes you wonder how Capcom will ever top this game off, doesn’t it?

The main entries in the Pokémon series are among the best games ever released, but they are not exactly relaxing experiences, with all that battling you have to do to make it to the top. So, what is a fan to do to enjoy the series’ unique universe without having to deal with all this stress? They get New Pokémon Snap, of course!

New Pokémon Snap builds upon the experience of the original entry in the series to present something that is incredibly unique. Venturing to the Lental Region, you will have to take pictures of the many Pokémon roaming the area, helping Professor Mirror in studying some very unusual behavior that some of these monsters exhibit. With so much content to unlock, so many pictures to take, and so many requests to fulfill, you can be sure your time in the Lental Region will be as enjoyable as your time in Kanto or Johto. Or possibly even more!

NEO: The World Ends With You had some very big shoes to fill. The original game is still today one of the most unique Japanese role-playing games ever released, and the removal of touch screen controls, on paper, risked taking away much of what made it so unique. Developer Square Enix, however, proved that they had a pretty good idea of what made the Reaper’s Game so exciting and double down on pretty much every feature.

It’s difficult to say what makes NEO: The World Ends With You one of the best Japanese role-playing games released this year. It’s not only the unique and stylish setting, the city of Shibuya, it’s not only the characters, which include both charming newcomers and iconic veterans, it’s not only the battle system, an amazing rendition of the original’s, but powered by traditional controls, it’s not only the colorful visuals. It’s all of these features, and how they blend together to offer an experience that is unlike any other on the market. We waited 14 years for this game to come, and the wait was totally worth it!

Joker joining the fight in Super Smash Bros. Ultimate made everyone think that the amazing Persona 5 was finally coming to Nintendo Switch. This wasn’t the case, but I am personally not too saddened about this, because we still got to experience one amazing adventure in the Metaverse with Persona 5 Strikers.

In all honesty, not many expected Persona 5 Strikers to be as good as it turned out to be. Instead of featuring a retelling of the Persona 5 story, the game developed by Omega Force tells a new story that takes place some time after the events of the main game, retaining pretty much everything that made the original so engaging, such as an involving story, plenty of character development and Persona Fusion mechanics. The action battle system, while engaging, may not be everyone’s cup of tea, but there is no denying that Omega Force did an amazing job adapting central Persona series mechanics like the Press Turn system to the new combat system. Do give the game a chance, if you haven’t already, and you can be sure the Phantom Thieves will steal your heart once again!

The Pokémon remakes have become a sort of tradition ever since the release of FireRed and LeafGreen, and it is easy to understand why so many fans eagerly anticipate them. It’s not only to relieve memories but to live them again without having to deal with some features that are very frustrating for today’s gaming standards.

Pokémon Brilliant Diamond and Shining Pearl‘s greatest strength is the sense of familiarity they exude. The Sinnoh region is exactly as we remember, but it has never looked as good. The Pokémon native to the region are just as colorful, but they never felt more lively. And the gameplay never felt as smooth, as the two remakes did away with some of the features that make the original experience feel a little clunky. Sure, things could have been better, but if we consider Pokémon Brilliant Diamond and Shining Pearl as an appetizer before the main course that will be Pokémon Legends: Arceus, things do not feel so bad, don’t they?

Shin Megami Tensei III Nocturne, which made its comeback this year with a nice remaster, changed the face of the series by Atlus forever, introducing new features that have become staples for both main entries in the series and its many spin-off games, including the Persona games. While the changes in Shin Megami Tensei V aren’t as far-reaching, they are sure to have an impact on the series moving forward.

For the first time since the series began back in 1987, Shin Megami Tensei V has done away almost completely with dungeons, replacing them with open areas that better represent the huge scale of Da’at, a post-apocalyptic version of Tokyo where demons roam free and only the strong survive. Controlling a powerful being known as a Nahobino, players need to put together a party of powerful demons to take down all sorts of enemies with the engaging Press Turn battle system, explore these locations filled with all sorts dangers, learn more about their role in the apocalypse and rewrite the rules of reality as they see fit. Just a regular day in the life of any protagonist in the Shin Megami Tensei series!

Super Mario 3D World has been, for a very long time, the best 3D Super Mario game that almost no one played. Having been released exclusively on the unlucky Wii U console, there was no other game that deserved a second chance as much as this one did.

And what a second chance Super Mario 3D World did get. The base game, completely unchanged from the original release, shines even more on Switch, thanks to its amazingly tight bite-sized level design that makes it perfect to play on the go. The Bowser’s Fury expansion, on the other hand, proved to many naysayers that the Super Mario 3D World experience can work great even in an open-world setting, masterfully mixing the more linear approach of the base game with the open-ended design of games like Super Mario Galaxy and Super Mario Odyssey. Will this be the approach of the series moving forward? We do not know yet, but I, for one, very much hope so.

The motion controls craze hasn’t lasted very long, but Nintendo did do its very best to show how this type of controls could be used to increase immersion beyond simple mini-games collections, adding them to huge games like The Legend of Zelda: Skyward Sword. Not many have appreciated the choice, however, and so the game has been considered as one of the black sheep of the series for a very long time.

The Legend of Zelda: Skyward Sword HD did right some of the wrongs of the original, featuring a variety of quality of life improvements that do make the experience considerably better, such as the introduction of traditional controls, the ability to fast forward dialogues, and much more. It was a shame that not too many did experience Skyward Sword’s excellent story due to these issues, so kudos to Nintendo for listening, and giving us something nice to enjoy while we wait for the Breath of the Wild sequel to finally release.