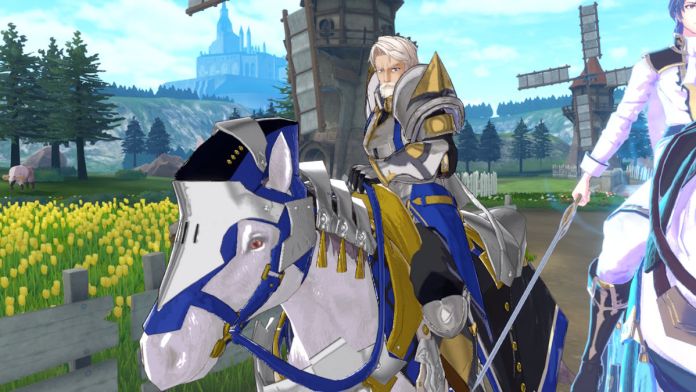 Vander is a stalwart Paladin who is a steward to the royal Divine Dragon family. He is one of the first allies you gain in Fire Emblem Engage, and he’s quite powerful compared to the rest of your team. Today, we’re here to show you the best ways to use Vander in our Fire Emblem Engage character guide!

Vander is a Paladin Cavalry unit. He is loyal to the Divine One as soon as they wake up, and that reflects his steadfast nature in battle.

As a Paladin, Vander has naturally high Def and Res, making him very tanky and able to storm the front lines of battle. His normal weaponry includes axes, though of course you can change this with engage attacks.

As a Cavalry unit, Vander is also extremely mobile, able to cover large distances in a single turn. As such, he is a very reliable unit, as you can get him to important locations very quickly.

Needless to say, Vander is a very powerful ally to have early on in the game. However, it should be noted that he starts the game with lots of SP already, and if you take down enemies with him, you’ll notice that he barely gets any experience, compared to the rest of your party.

Related | Can You Do Skirmishes Whenever You Want in Fire Emblem Engage? – Answered

If you’re familiar with the Fire Emblem series, you probably already know what’s going on here. If you’re unfamiliar, worry not, as we’ll explain everything.

It’s a time-honored tradition in the Fire Emblem games to start each adventure off with a relatively weak protagonist, and a very powerful Paladin. As you can see, Fire Emblem Engage is no different, as Vander fulfills this role.

These Paladins act as assist characters to players who might be new to strategy RPGs, or the Fire Emblem series in general. They can handle themselves, take care of enemies quickly, and get to important spots fast.

It’s perfectly fine to take full advantage of Vander, but because he’s a Paladin, which is sort of an advanced class, he will barely grow from the enemies encountered at the beginning of the game. The most effective way to balance this out is to have him fight normally, but never get the killing blow.

In Fire Emblem Engage, characters get the most experience from battles by landing the finishing blow. You should try to approach enemies so that Vander weakens them, then another character finishes them off.

This way, the rest of your party gets much needed experience so that they can grow. Any kills that Vander gets early on in the game are effectively wasted experience, so try not to let it happen too much.

With that said, Vander is still an excellent ally to have around. Pair him up with certain Emblem Rings, like Sigurd’s for example, and he becomes a travelling beast, able to clear ground like no other.

In addition to this, Vander’s passive ability, Alabaster Duty, grants Crit+5 to both himself and the Divine One, as long as they’re adjacent to each other before combat is initiated. Have him stick close to the Divine One to take advantage of this critical bonus.

Vander remains a powerful unit throughout most of the game, but begins to drop off near the last half, as per tradition for the Paladins of Fire Emblem. Still, he’s one of your most reliable units, so don’t take him lightly.

That concludes our guide on the best ways to use Vander in Fire Emblem Engage. If you have any other potent strategies with Vander, let us know in the comments below!