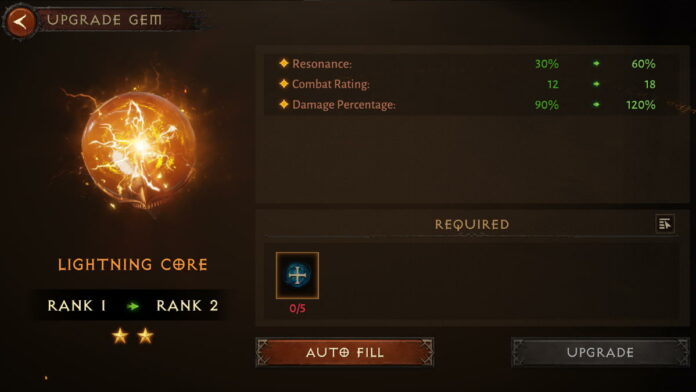 In Diablo Immortal, you’ll need to keep your gear in tip-top shape when you’re fighting against the legions of Hell. Every piece of gear can be inlaid with Gems, magical jewels that can bestow special powers to your equipment. Gems have their own levels and rarities, and the rarer Gems can grant better powers. Today, we’ll show the best way to get level 10 Gems in Diablo Immortal!

The Best Way to Get Level 10 Gems in Diablo Immortal

Gems in Diablo Immortal boost your character’s attributes and grant them unique abilities. There are two types of Gems: Normal Gems and Legendary Gems. Normal Gems increase your character’s stats and come in three colors: red, yellow, and blue. Your accessories have color-coded sockets, and Normal Gems must match the socket’s color. For example, Tourmaline Gems are red Gems that boost your damage.

Legendary Gems are harder to get, if the name didn’t already clue you into that. Unlike Normal Gems, Legendary Gems go in your main gear and not your accessories, and they grant you special powers. For example, the Lightning Core Gem lets you build up static electricity and unleash it upon your foes.

Normal Gems are easy enough to acquire, as you can gain them through completing Bounties and clearing out hidden lairs. You can also exchange Hilts for them. Normal Gems can be combined to increase their rank and effectiveness, but you need three copies of the same kind of Gem. Gems can be leveled up all the way to rank 10.

Legendary Gems are a little harder to acquire, as you’ll need to complete lots of Elder Rifts to obtain Runes for Gem crafting. Legendary Gems are crafted by NPC Jewelers, and they need Runes to do it. You can also acquire Runes by trading in Hilts and Fading Embers, which are also obtained from Elder Rifts.

When attempting an Elder Rift, using the right Crests is the key. Rare Crests give you a chance to get a Legendary Gem, while Legendary Crests guarantees one. Using more Crests at once increases your chances. Be warned, as Elder Rifts become more dangerous as you add more Crests. High risk, high reward!

Related | How do Legendary Gems Work in Diablo Immortal? – Answered

To summarize, the best way to earn level 10 Gems is to simply complete as many Elder Rifts as you can. Save up your Rare Crests and use them all in one-go to increase your chances of getting a Legendary Gem. Remember that you also earn Fading Embers upon completing Elder Rifts with a Crest, and you can trade those in for Runes, which can be used to craft more Legendary Gems.

That’s a lot of info about Gems! We hope that wasn’t too confusing, and we wish you luck on your Gem farming adventures. If you have any other questions about Gems, feel free to drop a comment below!

Best Way to Get Level 10 Gems in Diablo Immortal