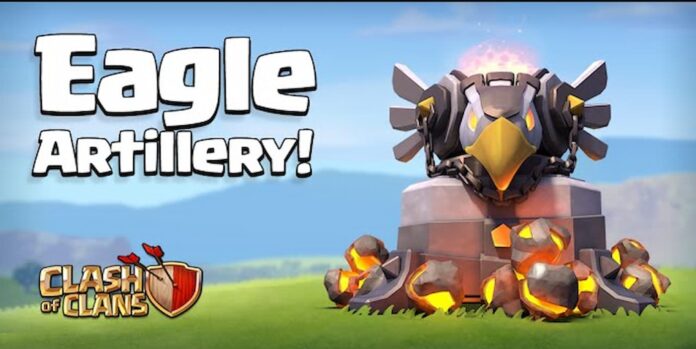 Eagle Artillery is arguably the unique defense in Clash of Clans. Unlike other defenses, it doesn’t start attacking troops in its range instantly. Eagle Artillery starts launching shells only after a certain amount of troops are deployed.

If you have recently upgraded to Town Hall level 10 or 11, you will find many bases in multiplayer matchmaking with an Eagle Artillery. In this article, we have shared some neat strategies to deal with Eagle Artillery.

Also Read | How to Change Scenery in Clash of Clans

How to deal with Eagle Artillery in Clash of Clans

Each hero and spell contributes 25 and 5 housing spaces towards activation, respectively. Players can use their heroes to take out the section if the Eagle Artillery is grouped with powerful defenses. Queen charge can be an ideal strategy to take down Eagle Artillery in some layouts.

In most cases, players should prioritize destroying Eagle Artillery first, as it covers the entire base and can dish out tons of damage. If possible, attacking from the Eagle Artillery side can drastically increase the chances of winning.

Also Read | How many Wall Rings needed for every wall upgrade in Clash of Clans, Listed