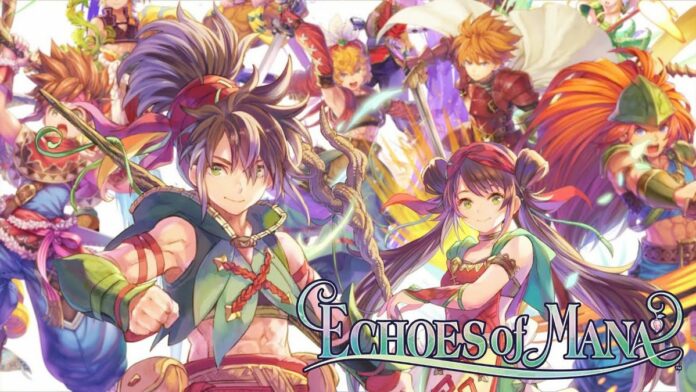 Echoes of Mana is a new RPG published by Square Enix for mobile devices. There you will be able to get a huge amount of different characters and when you begin your playthrough you are able to obtain one of them. So, you may want to begin your playthrough with the best possible units and we are going to help you. This guide will tell you about the best heroes that you can begin with for Echoes of Mana.

Best Heroes to Begin with For Echoes of Mana

Echoes of Mana is a mobile RPG where you can obtain different characters and use them to form your team. Some of these characters are stronger than others. So, if you begin a new playthrough you may want to choose the strongest characters.

Characters in Echoes of Mana are able to use different abilities and these skills determine what the characters are capable of. So, your first character should be picked according to your personal preferences.

RELATED: How to Re-Roll Fast in Echoes of Mana

The first character that we recommend you to pay attention to is Durand. This warrior performs great against different bosses and tough opponents. He is able to decrease the defense of your opponents and increase his own defense.

The second recommend character is Riesz. She is able to increase her damage and kill her opponents in a few seconds.

The third character that you should pay attention to is Angela. Her abilities allow her to deal massive burst magic damage. She is one of the strongest mages that you can find in this game.

The last recommended character is Sumo. He is a tough tank that is able to restore his HP. Also, he can heal his allies and it makes your team less vulnerable.

Best Units to Begin with For Echoes of Mana