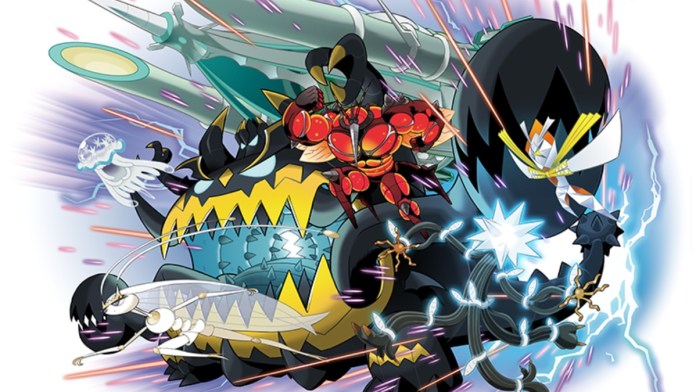 Most don’t know that some of the most powerful Pokemon to exist are not even from the main universe, they are otherworldly creatures brought in by the wormholes in the Alola region. Known as the Ultra Beasts, these eldritch beings vary in size, shape, and how dangerous they are. If you enjoyed the experience with them in the Pokemon Sun and Moon games, there is good news; most of them are now available in Pokemon Go as 5-star raid bosses. The icing on the cake here is that most of them are good battlers too. These are the best Ultra Beasts in Pokemon Go.

Bug Pokemon have a tendency to be underrated, but they are actually a very valuable asset. It has a base attack of 316 and its power rivals most mega-evolved Bug Pokemon. It’s niche enough that it has very little competition as far as other Bug-types go in this category. However, Pheromosa doesn’t have the highest defense, which makes it prone to getting knocked out quickly, making it one of the weaker Ultra Beasts.

Nihilego is definitely not a Pokemon you want to mess with or even get close to, as its parasitic tendencies make it so that it latches on to anyone who is a potential host. It has a base attack of 249, making it a power unit among its brethren. One of the best Poison-type attackers, this is the perfect unit to counter a Fairy-type boss.

The lanky fellow Xurkitree doesn’t have the most ideal moveset, but it is hardly a detriment to his utility as a unit. Despite his goofy appearance, this Electric Pokemon is one of the strongest you’ll use in the game. With a base attack of 330, he outperforms most other top-tier Electric-types. They are resistant to Flying, Steel, and other Electric-types.

Kartana is one of the best if not the current best Grass-based DPS battler in the game. As a Grass/Steel-type, it doesn’t have a lot of the weaknesses that regular Grass Pokemon do, like being vulnerable to Ice-types. If you can get your hands on one, you’ll never need any other Grass-based DPS.

Ultra Beasts are currently appearing in 5-star raids everywhere, so be on the lookout for them while playing!