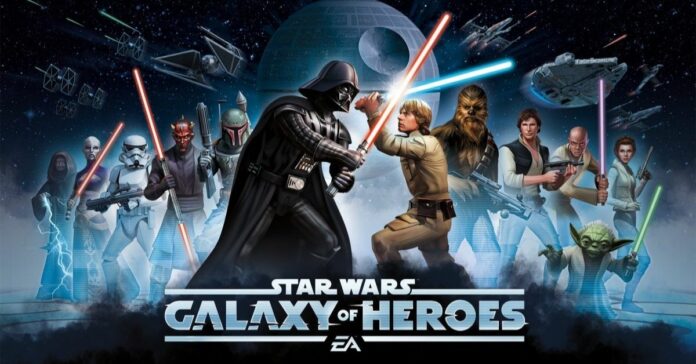 Star Wars: Galaxy of Heroes is a collectible mobile RPG game. There you can find a lot of famous characters from the Star Wars universe. Starting with the movie heroes, like Darth Vader or Han Solo, and ending with someone from the great videogames about the Old Republic, like Darth Malak or Revan. This guide will tell you the best teams of heroes in Star Wars: Galaxy Heroes.

There are a lot of heroes in Star Wars: Galaxy heroes. They come from movies, video games, etc. Even some fan-favorite non-canonic entities were added to the game. All of these characters are belong to some group or faction. Heroes work better with colleagues from the same faction and their performance becomes worse if you put them with someone hostile. For example, Princess Leia Organa will work better with Luke Skywalker rather than Darth Bane. But which groups are better to be picked? Here is the list of good teams that you can aim for.

The Old Republic is one of the best. It consists of legendary characters from Star Wars: The Old Republic videogame. The best pick is: Jedi Knight Revan, Jolee Bindo, Bastila Shan, Mission Vao, and Zaalbar. These are good for fighting and also add the Ebon Hawk piloted by Carth Onasi and T3-M4 to your Fleet.

Sith Empire is another great setup to beat your opponents. The top pick is consists of three badass Sith, Darth Revan, Darth Malak, and the fallen variation of Bastila Shan. There is also one of the fan-favorites, HK-47. This is a cool droid-assassin that will gun your enemies down. The last member of this deadly squad is… regular Sith Empire Trooper. Well, someone had to be a burden in this team of heavy hitters.

Here are the rest of the teams that you may like to try: Jedi, Sith, Nightsisters, Rebels, Empire, Bounty Hunters, Clones, Geonosians. 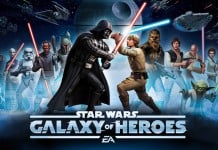 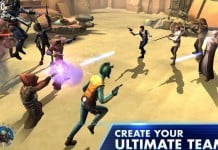 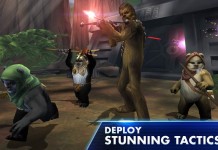 Star Wars Galaxy of Heroes: How to Get Free Crystals in the Game