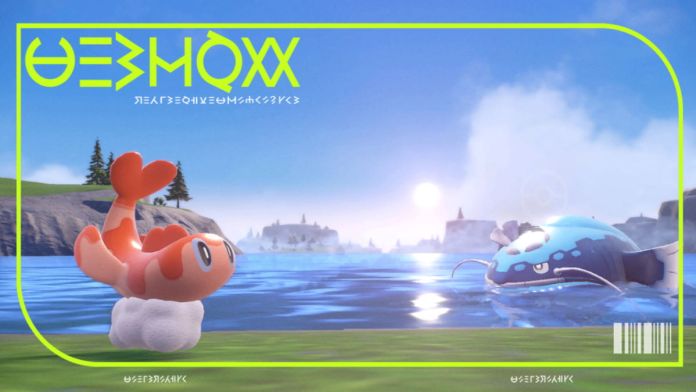 Before we start, we need to mention Tatsugiri’s signature ability: Commander. This ability is sort of a gimmick ability, as Tatsugiri is not meant to be used on its own, but instead in tandem with Dondozo.

When Tatsugiri and Dondozo are out on the field in a double battle, Commander activates and Tatsugiri takes shelter inside Dondozo’s giant mouth. Dondozo’s stats are powered up by two stages, and Tatsugiri issues orders from within Dondozo.

Tatsugiri is meant to be used like this, but you can still use it for normal battles, though it will be somewhat tough. Just have a look see at its base stats:

While it can deal some decent damage with its high Sp. Atk, Tatsugiri cannot take more than a couple of hits before it throws in the towel. Don’t even think about taking a super effective physical hit, as it will almost certainly be curtains for you!

Despite this, Tatsugiri can be a formidable special move user if you’re careful with it. Here’s a list of its best moves, with some example movesets at the end.

Tatsugiri learns Muddy Water at level 39, which hits with a base power of 90 and 85% accuracy. Muddy Water deals great damage, and it has a 30% chance to reduce the target’s accuracy by one stage. It targets all enemies during double battles.

Muddy Water is powerful, but the 85% accuracy makes it a bit unreliable. If you’d rather play it safe, Water Pulse is a great alternative, clocking in at 60 base power and 100% accuracy. It also has a 10% chance to confuse targets.

Through TMs, Tatsugiri can learn both Surf and Hydro Pump, both great alternative Water-type special moves.

You don’t really need anything else, but if you feel like you need more Dragon-type moves, Tatsugiri can learn Draco Meteor through TM169. Draco Meteor has a whopping 130 base power and 90% accuracy, but it lowers the user’s Sp. Atk by two stages.

Taunt prevents your target from using status ailment-related moves. Useful for preventing your foe from shutting down any strategies you might be planning with Dondozo.

Mirror Coat can be used for more type coverage and as a way to hit special move users harder.

Soak changes your target’s type to pure Water-type. This can be useful in very, very specific situations.

With only a couple of moves to choose from, Tatsugiri doesn’t have too many options. An example moveset would look something like this:

As you can see, you don’t really have a lot to work with. Using Tatsugiri as a straight special attacker is straightforward, as all you need to do is use its strongest special moves.

That concludes our guide on the best Tatsugiri moveset in Pokémon Scarlet & Violet. What are your favorite moves for Tatsugiri? Let us know in the comments below!