Have you ever wondered what are some of the best tanks in Priconne R? We have, and thus our search begun. In the game, tanks have a pretty important role, especially when it comes to PvE content – they need to be the first line of defense against enemies, and will have a very important task at hand, which is keeping the rest of the team safe.

So without further ado, let’s check out the best tanks in Princess Connect Re: Dive!

For more game guides, check out our other Princess Connect Re: Dive articles!

She is one of the very first characters that you will unlock in the game, and she has a pretty good kit as well. She works well against both Magic Attackers and Physical Attackers, and since she’s one of the main heroes, you’ll get to upgrade her to 6* relatively easy.

She can also recover HP with her Skill 1, and grant herself a Barrier (for Physical and Magic damage), so I consider her a unit to invest in.

This no-drama-llama couldn’t miss making an appearance on the list. She is pretty good overall, but especially more so in PvP Arena. She can inflict quite a bit of Physical Damage, and also gain Physical Damage DEF buffs, which make her great against any PDMG-heavy team.

Unlike Pecorine, she has some crowd control, which is extremely useful when it comes to any type of battle.

Why you could consider her:

This unit is one of the best in terms of Physical Damage mitigation. She is also one of the best tanks to-date in the game, and if you got her, you will definitely make use of her kit in multiple ways.

Pudding (as she’s also known as) can work well both for Arena and Story stages, since her attack speed is very high, and her kit allows for many different play styles.

She’s an amazing unit, and she is the only 3* tank currently available in the game. She has pretty much everything that you’d want from a tank, including a taunt, which makes her a unit that you should aim for.

Kuuka is one of the best units when it comes to canceling Magic Damage. She is the Lima of Magic Damage (well, not really, but you get what I mean – I hope) and she works wonders against any team that does just that (and no Physical damage).

Since her kit revolves mainly around mitigating Magic Damage, her Physical DEF skills are not that amazing. So, you might need her for just a few instances where you need to prioritize MDEF, otherwise stick to other, more potent PDEF-heavy tanks.

I consider these to be all the best tanks in Princess Connect Re: Dive to date. Some of them are slightly better than others, so make sure you know exactly which ones to make your number one priority! 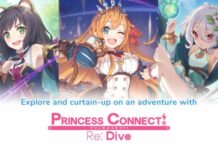 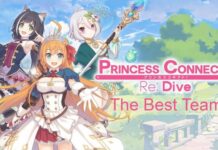