Home Game Guides Best Strategies to Use in Magnum Quest 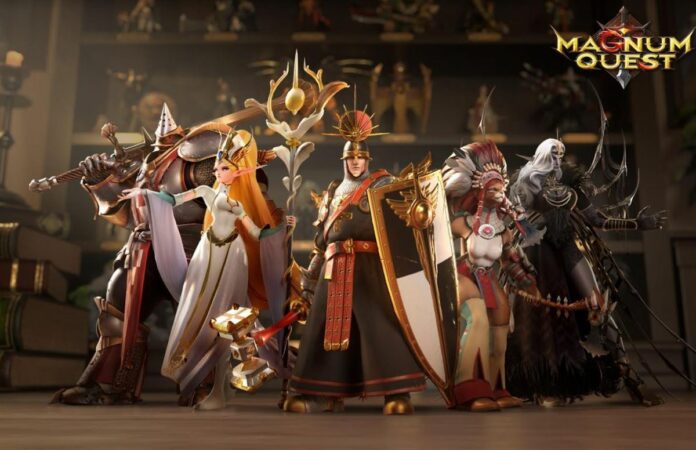 Set on the fantastical continent of Armuda, it sees you summoning heroes, assembling them into five-strong squads, and pitting them against the game’s many monsters and bosses, as well as other players’ squads.

Like AFK Arena, Magnum Quest is painlessly straightforward to play, and you can make a lot of progress without tapping a button. It prioritizes ease and comfort over all else.

But don’t let the game’s idle mechanics fool you into thinking it’s a pushover. Magnum Quest is a deep strategy game, with a ton of factions, hero types, and skills to factor in as you formulate your squads and refine your stable of warriors.

At every turn you’ll need to make decisions about which heroes to level-up and ascend, which ones to consume, and where you should place each hero in your formation.

It would be impossible to go through every conceivable formation and combination, not least because the demands placed on your little band of heroes keeps evolving as you work your way up through the levels.

But we can get you started with a few tips on building a team, and the best sets and runes to use.

It’s important to note that different combinations of factions provide different benefits. For example, when your squad contains three heroes from one faction and two from another you get a 15% ATK and HP boost.

When all five heroes in a squad belong to the same faction, meanwhile, you get a 25% ATK and HP boost. It’s also worth bearing in mind that a Divinity hero is a wildcard. If you have, say, four Forest heroes and a Divinity hero, you’ll get the same 25% boost.

Now let’s put together a team. On the front row we’ve got Fare (Forest) and Ares (Wild). In the back we’ve got Aeluin (Forest), Gaia (Wild, and Ione (Forest). That’s two from one faction and three from another, giving us out 15% ATK and HP boost.

But what else does it give us? Fares and Ares make a great team at the front, with Fares dragging enemies forward from the back row and reducing their attack power while Ares cuts them down with his Whirlwind Smash.

At the back, meanwhile, Ione is protecting the two allies with the lowest HP and blocking enemy attacks. Aeluin is actively healing her allies, and Gaia is inflicting area damage at speed thanks to her Wild Rage skill.

This is an example of a well balanced, optimally constructed team in which every hero is playing a role that complements the heroes around them.

The runes you equip can make a huge difference in battle, enhancing your heroes’ core properties and potentially allowing them both to inflict the fatal blow, and to survive for long enough to inflict it.

Each hero comes with its own unique CRIT RES, CRIT, CRIT DMG, DMG, and DDG stats. When deciding which rune to equip with which hero, it’s vital to balance CRIT and CRIT DMG in damage-dealing heroes.

200% CRIT DMG is pretty pointless if you’ve only got 5% CRIT – you’ll have the potential to deal a lot of damage, but not much chance of landing a blow.

A hero is nothing without their gear, and you can enjoy huge boosts by equipping gear in sets.

Gear is upgradeable to +5, and you can earn bonuses by equipping a hero with two, three, or four gear items from the same set.

Check out Magnum Quest for yourself via Google Play Store and the App Store. 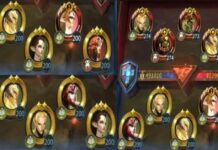 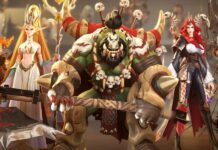 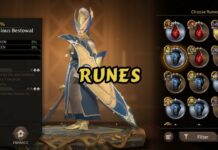