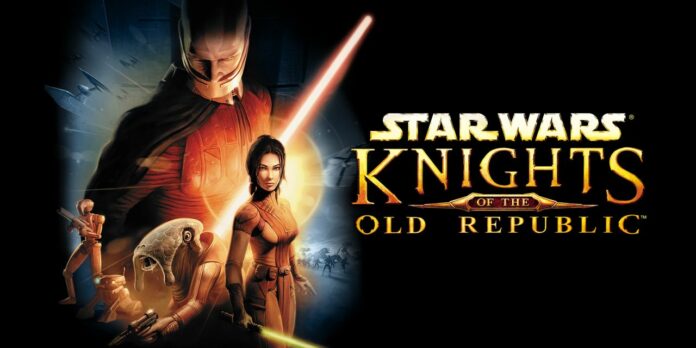 May 4th is the best day of the year for Star Wars fans all over this side of the galaxy, but do you know what can make it an even better day? Playing video games inspired by the franchise, of course!

With so many Star Wars games having been released over the years on iOS and Android, it can be difficult to pick just a few of them out. Still, Jedi don’t run away from any challenge, no matter how hard, and so we have braved through the many games available on mobile to present you the best Star Wars games to play on May the 4th.

Set four thousand years before the Galactic Empire and the fall of the Jedi, Star Wars: Knights of the Old Republic lets you leave your mark in the Old Republic age, allowing you to build your character in any way you want, learn to use the Force, and even turn into a Sith, if you so desire. The possibilities are endless, and the mobile version of the game does its very best to adapt the experience to touch screen controls, with a streamlined experience and tweaked interface that make Star Wars: Knights of the Old Republic a game that continues to be a worthy play decades after its original release.

With gacha role-playing games having become all the rage on iOS and Android worldwide, there was no way that one based on the Star Wars franchise wouldn’t be made.

Speaking about LEGO games on mobile, there was no way that we wouldn’t mention one of the most unique games available on mobile. Ladies and gentlemen, let us present to you your next Star Wars obsession that will last way past May the 4th: LEGO BOOST Star Wars.

LEGO BOOST Star Wars is more than just a mobile game, it is an experience that both young and older players with a love of LEGO will enjoy. The game is essentially a digital set of instructions paired with the Droid Commander LEGO set that not only guides you to assemble the set, but also offers additional content like 40 missions to complete and more. And while this game is more expensive than the others in this list due to the real-life LEGO set, think of what you can get for the money you spend!

The Star Wars franchise isn’t all about the Lightsaber duels, it is also about the epic space battles that have been part of it since the very first movie, A New Hope. For this reason, it is kinda baffling that Disney still hasn’t released a Star Wars space dogfighting game on iOS and Android. Thankfully, fans have done what Disney hasn’t.

X-Wing Flight is an unofficial Star Wars game only available on Android that allows players to pilot the iconic X-Wing to fight against Star Destroyers and Tie fighters, and save the galaxy from the evil Empire. Being a fan-made game, it is a very simple one, featuring only three different weapons for the X-Wing, but the amount of care that has been put into recreating all these spaceships makes X-Wing Flight worthy of more than a simple spin. Take note, Disney, and finally give us what we really want!

Best Star Wars Mobile Games to Play on May the 4th