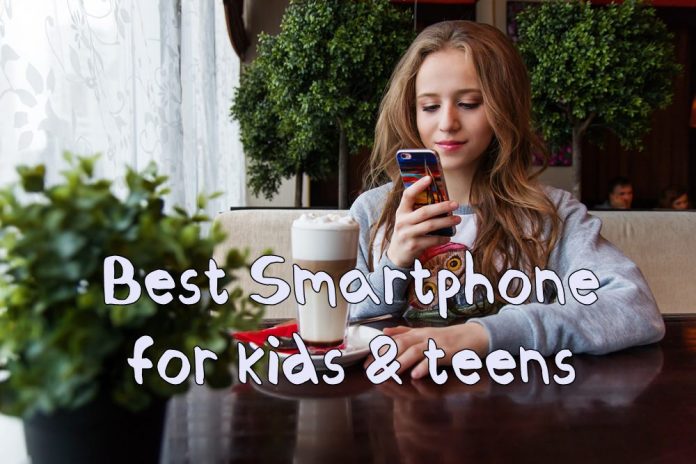 Have you decided to buy your kid a smartphone? The decision regarding the brand and model you will buy for them is extremely important. The device you’re buying must meet several quality standards, but is best to keep its cost to a minimum because smartphones owned by kids are more prone to accidents. But we’re here to help you choose the best smartphone for your kid!

Even as an adult that’s extremely passionate about technology – or maybe just because of that reason – I never buy the latest phones on the market. First of all, there’s always the chance of the product being flawed, even if it’s created by a reputable company (see the exploding Galaxy Note 7 for example). Second, previous generation phones have lower prices and you can easily find extensive reviews or lists of the best – just like this list you’re reading right now.

Although kids want to keep up with the Joneses and impress their friends more than anything else with the latest model of an iPhone, the truth is that they don’t need that. A latest generation phone has a bigger theft target on it and they usually break just as fast as previous generation ones – but they cost more. And since we’ve already discussed that they can still deliver amazing performances, that’s what you should get.

So without further ado, here are the best smartphones for kids in 2018: 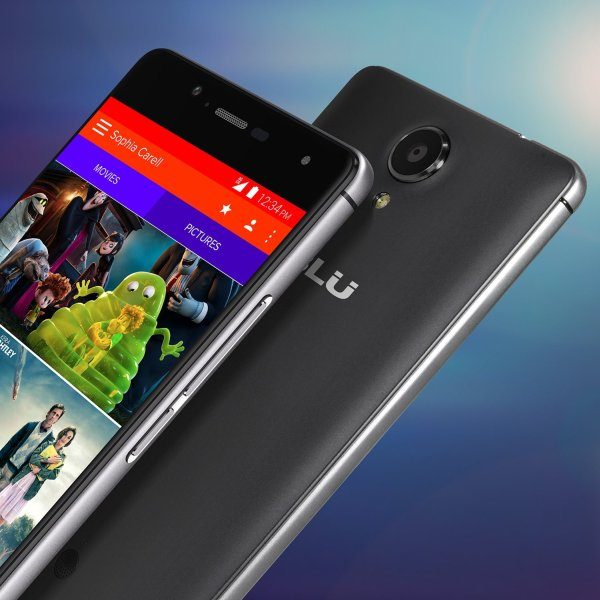 The cheapest product on our list is also a contender for the “best value for money” award. When the Pokemon GO craze hit the world a last year, the BLU smartphones were the cheapest phones that could actually run the game. So you know they mean business and they offer a great performance despite the low price.

The BLU R1 HD offers a 5″ display. This means it’s a large phone and exactly what most people want nowadays. When we move all our online experience on our phone, it’s great to have a larger screen and BLU delivers. The image is clear and resolution is good enough not to complain at all. The colors look good on the screen and the response time is good, so the overall experience when watching the display or interacting with it is good.

As I was saying earlier, this is also a phone that delivers in terms of performance. It is powered by a 1.3 GHz quad-core processor and 2GB of RAM. Even though this is not the best setup on the market at the moment, it’s still enough to run most – if not all – applications without much trouble. And if you consider the price… you really can’t beat it!

In terms of storage, things don’t look that good: just 16GB available, which isn’t much, but fortunately it has a microSD slot so you can add up to 64GB of extra storage, which would be enough for all the photos, videos and music the kids need to store on their device.

All in all, for those on a tight budget – or those not willing to spend a fortune on a smartphone, this is the best option available in my opinion. Have in mind that there are over 5,800 reviews for it at the moment on Amazon and it has a rating of 3.9 stars out of 5 and you know that you’re talking about a really high quality product! 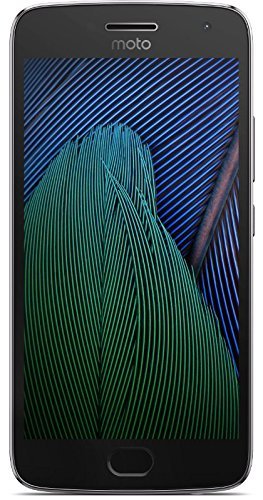 Reviewers usually have mixed feelings about the Moto G Plus, but if you’re asking experts about phones for kids or teens, you’ll often find this model recommended.

More expensive than the BLU model, it also offers a lot more in terms of performance and it can be considered a really up to date phone that can run any app (there might still be exceptions, of course) and do so flawlessly. It has a really powerful processor: an 8-core processor running up to 2.0 GHz, and it also has 2GB of RAM.

The display is really large as well: 5.2″ so you get more display size and kids won’t have to strain their eyes too much looking at tiny text or images on a small display. The colors and resolution are also really good, so there will be no reasons of complaint in this area.

One of the most important features of a smartphone today – at least for the younger generation – is the camera. Moto G Plus offers a 12MP front-facing camera that can take some really good photos, as well as a 5 MP camera for selfies. The quality of the cameras isn’t award-winning, but the photos themselves end up good looking and regular users will have no reasons to complain.

It also offers more storage: 32GB of internal storage, which can be increased by up to 128GB using a MicroSD card. And another nice feature is the TurboPower charging technology which allows you to charge the phone in 15 minutes for 6 hours or regular use. Now that’s a real treat – so make sure you consider this model! 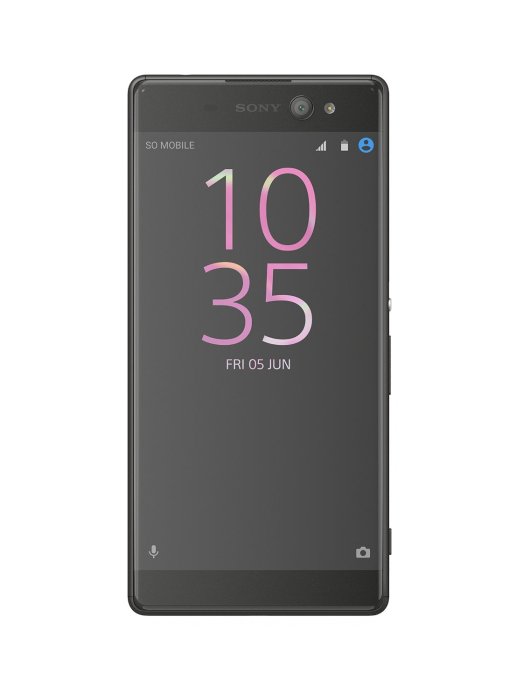 I am personally not a big fan of the design of the Sony Xperia XA Ultra, which slightly resembles that of the latest Samsung phones (which I also don’t like), but many people are crazy about it. There’s something about the curved display that gets people really excited – I just fear that it’s easier to break the display if it falls and kids might drop it more often than adults.

But I had to include it on our list – not only because some people consider its design one of the best possible designs – but also because of its specifications. This phone is a real beast when it comes of delivering blazing speeds!

It is powered by a Mediatek HelioTM P10 processor which runs on 8 cores and goes up to 2GHz. It also has 3GB of RAM for increased speed when running various apps.

The display itself is impressive as well: you get 6″ Borderless Full HD display delivering beautiful full-HD resolution and great, bright colors. It’s very large, yet easy to hold since it’s narrow and long.

But the frosting on the cake is actually the camera. Cameras, actually, because they are both absolutely impressive. It has an extremely impressive 21.5 megapixel front-facing camera with all sorts of technologies to take brilliant photos, while the selfie camera itself has 16 megapixels – which is enough to put many front-facing cameras to shame.

The internal storage of the Sony Xperia UA Ultra is, unfortunately, less than impressive: just 16GB, which is rarely enough, especially when you have such amazing cameras. You will most likely have to invest in a microSD card as well and fortunately the phone allows up to 200GB of extra storage.

All in all, this is a great phone especially for those who like to take a lot of photos or film videos. The design and its borderless display can be a bonus or a con, depending on personal taste. 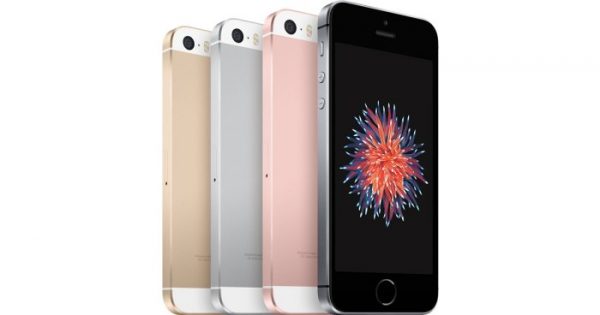 iPhones are usually very expensive and the truth is that, for the same money or even less, you can get an Android phone that has better specifications. However, Apple does build amazing products and I love iPhones despite their high price ranges.

If you really want to get your kid an iPhone – or if they want nothing but an iPhone – you can choose the iPhone SE. It’s not the latest generation, which is a good thing: it means that it’s a lot cheaper, but fortunately is still good enough to run all iPhone apps without a problem.

However, this model is a lot smaller than what we’re used to getting nowadays: just 4″, but that might be enough in the right circumstances. Like wanting an iPhone no matter what. And truth be told, you can still get a great experience from the smaller display of the iPhone…

One thing you should weight carefully is the storage capacity you’ll go for the device you’re buying. iPhones can’t get extra storage via microSD cards, so you’re stuck with the initial storage. It’s true that the models with less storage (16GB) are a lot cheaper, but that space fills up insanely fast, so seriously consider a 32GB model, if not the 64GB one which would deliver amazing storage for Apple users.

So even though I don’t think that iPhones are the best choice for kids and teens because of their high price range (and what they offer for the money), if they must have an iPhone because they need the exclusive features or for whatever reasons, the SE would be the best choice in my opinion. 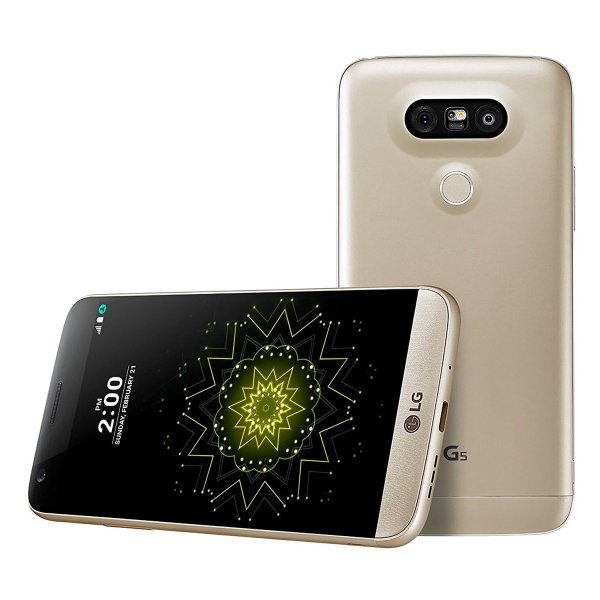 This is by far my favorite on the list. I have used various LG phone models and I can say that they offer top quality, are extremely durable and you will rarely have any reasons to complain about their performance. I am actually using an even older model daily – the LG G4 – and I have no problem using all the Android apps I need, without any hiccups or problems.

And the G5 is even better! It offers an amazing performance thanks to its quad-core processor (Dual-Core 2.15 GHz Kryo & Dual-Core 1.6 GHz Kryo) and dedicated graphics card, the Adreno 530. It also has 4GB of RAM to make everything run smoother.

It offers a lot of storage from the go – 32GB, but you can also add even mode if you have a MicroSD card (it supports up to 256GB more storage). And thanks to its modular design, you can also invest in extra gadgets to make it even better or customize it more – although the phone itself is pretty amazing by itself, right out of the box.

For those who like to take photos or film awesome videos, the LG G5 offers an amazing camera. LG has been known for a couple of years as the go-to brand for amazing cameras, and the G5 model is absolutely impressive.

The front-facing camera is absolutely brilliant, taking beautiful photos and videos. It actually has an impressive 135-degree field of view (most phones only offer 75 degrees) – which is more than the human eye can see, for example. This means that you can get spectacular, wide-angle shots that will impress everybody.

Really, you have to see an LG phone’s camera in action in order to see how incredibly good it actually is!

Pick your favorite on the list, but don’t try to impress them too much. Remember that the smartphone your kid uses has to be a tool and something that is useful above all things.

Don’t spend a fortune when you don’t have to. Instead, pick any of the recommended models above and your kid will be extremely happy!

Best Smartphones for Kids in 2018