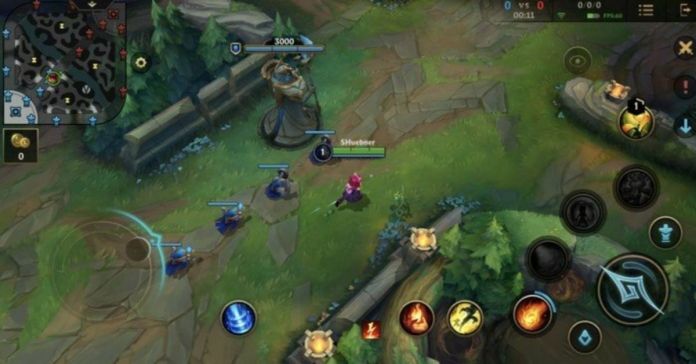 The variety of gameplay in League of Legends: Wild Rift is highly dependent on the number of heroes available to play. They are divided into several classes and perform different functions. How do you choose the best of them? You can rely on your own experience, or read guides dedicated to the most effective champions of different roles!

In this article, you will learn about the best ranged heroes of League of Legends: Wild Rift. We will tell you about their abilities, and give some tips on how to play for any of them.

This ranger hero deals devastating damage with powerful basic attacks, and his skills are needed to press, retreat or finish off enemies.

Draven is a simple hero, capable of dealing massive damage with basic attacks from the very beginning of the match. An aggressive style of play with the constant pressure of opponents suits him. Use skills “Spinning Axe” and “Blood Rush” to destroy enemies on the lane, and finish injured opponents with “Whirling Death”, earn gold and quickly build up your advantage over your opponents.

Draven is quite suitable for new players. However, we do not recommend beginners to play aggressively. Without experience, the result of pressing the opponents will most likely be bad.

Kai’Sa is Another Good Range Hero

Kai’Sa is a heroine with powerful skills and unique evolution mechanics.

Use Icathian Rain to quickly destroy groups of minions, forcing opponents to retreat under the tower, as well as to defeat multiple enemy champions in team battles.

Kai’Sa means that you should follow a measured style of play. You should collect items, evolving skills, and only then move on to pressing opponents in the lane.

And not that the mechanics of skill level-ups and the need to think through the build in advance make Kai’Sa an undesirable choice for inexperienced players.

Jinx uses powerful basic attacks and an amazing passive skill. With the help of them, the heroine deals a large amount of damage and skillfully dodges enemy attacks.

Try to quickly finish off (or assist in killing) at least one enemy champion in a team battle, get acceleration from the “Get Excited” skill, and shoot the remaining enemies one by one.

Throw “Flame Chompers” at the feet of pursuing opponents, or block the enemy’s path to make them retreat in a team fight.

Super Mega Death Rocket! will gain maximum power after a second of flight and deal more damage to wounded enemies.

We’ve covered the best shooters available in League of Legends: Wild Rift so far. Learn to take safe positions in team fights, quickly finish off minions and constantly interact with the team. Play thoughtfully, and then you are sure to become a cool shooter!