If you are a seasoned Random Dice PvP player, you might as well skip this part and go straight to the ‘Random Dice Best PvP Decks‘ section of the article. But, if you are a new player thinking of getting into this game, then keep reading as you might find answers to some of your questions regarding Random Dice PvP.

What is Random Dice PvP?

Random Dice PvP is a team fight defense battle simulator that features many different modes. If you’re super competitive and only care about fighting other players around the world, then you’ll probably find the real time PvP battles the most enjoyable aspect of the game. However, it’s not all about PvP battles—this game has something for everyone. For players who want to work in a team, there’s Co-op Boss raid battles and Crew Battle mode. Mirror Mode offers a different set of various challenges, while Solo Mode is for players who enjoy playing by themselves.

On top of the many different modes, there are also seasonal ranking events with rewards, emotes, and cosmetics that players can win.

No matter which mode is the right pick for you, it all comes down to your deck of dices.

In Random Dice PvP, different dices represent different styles of play. There are control decks, aggro decks, defensive decks, and so on. Even the “best decks” need to be played the “right way,” with the right approach in order to be effective. Many players more often than not will use an objectively powerful deck the wrong way, and then will complain about the deck not being good enough.

A deck’s power in the current meta is definitely something that can give players an edge, but player skill also comes into play. Random Dice PvP is not an AFK kind of game.

With all that being said, let’s take a look at the most powerful decks currently in the game!

In a game like Random Dice PvP, the meta is ever-changing. Every new major update can shift the balance of power, and casual players might find it hard to keep up. Worry not: if you want to catch up with the latest deck power rankings of Random Dice, all you have to do is visit this page regularly, as we will do our best to keep our list up to date! 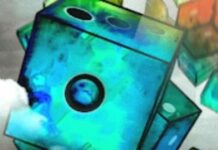