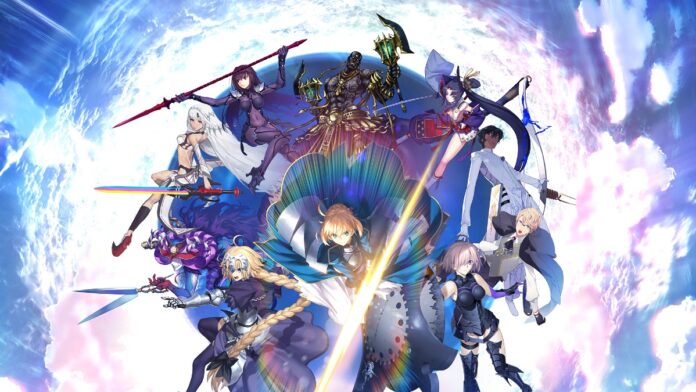 For the game’s 20 Million Downloads campaign, Fate Grand Order’s North American version is releasing a special event where players can pick one SSR from a list to add to their team. These are non-limited characters that tend to be available through the general pool or are story-locked, so this is a great opportunity to grab the one you’ve been really wanting but haven’t been able to get. The amount of choices can be fairly overwhelming, so this will narrow down what the best options are for you.

These are the best choices in terms of being a decent character. They were picked based on strength and overall usability as characters. The first category is Sabers.

Artoria Pendragon – Type Moon’s mascot character is a great pick for a character that is purely for Buster damage to clear waves of enemies. She gets a very special buff later on that will allow her to turn all her battle cards into buster, making her a choice you definitely won’t regret.

Mordred – Mordred’s special attack charge and powerful buster cards put her in a category as one of the best farming servants in the game. There aren’t many who could take away her title except possibly Arthur Pendragon, but he’s quite limited, so this is a good option if you were not able to get him. Mordred is also only in the Story gacha, which can make her difficult to get outside of rate ups since the Story gacha doesn’t have actual rate ups.

Enkidu – One of the best and underrated lancers in the game, Enkidu hits hard using quick based cards in single target power. Paired with a support Skadi, they have the ability to be archer boss killers. Enkidu is also the only non-limited single target SSR lancer, so this is the chance to get one if you weren’t able to summon any of the others. Many of those are older characters that won’t have any more banners outside of paid guaranteed summons, so this might be your only option in that aspect.

Karna – If you’re looking for an area of effect farming lancer, Karna is the best choice here. Armed with buster based attack cards and a special attack that hits like a truck, he lives up to his reputation as a divine being. He can increase his own buster and special attack power for one turn as well as charge his special attack gauge by twenty five percent. A master of using critical hits, Karna can increase his critical star generation for three turns and increases the critical damage he does by three turns. He also doesn’t require any interlude unlocking to get his skills, you can use them all once you max level him no matter where you are in the story.

Ozymandias – If you’re looking for a single target rider servant that can serve as a caster boss killer, look no further than than the Sun King Pharaoh Ozymandias. With buffs that increase the party’s attack and a 60 percent chance to increase his own attack, you won’t ever regret adding him to your team.

Francis Drake – Drake the Pirate Queen is one of the game’s earliest servants and one of the few from that era who has not become obsolete by the addition of other units with a similar niche. No matter who comes along, nothing compares to the caster wave destroying power of Francis Drake. Her skills increase her special attack power and buster card capabilities as well. She has an ignore defense power that can charge through support buffs. Drake also can charger her own special attack battery and use an ignore invincible for three turns, which can pierce active evade buffs.

Waver Velvet – Waver. The King of Farming, the All Purpose Support. You most likely know him and you’ve most likely used one as your support more often than not. Now you have the option to grab your very own so that farming will be even easier. For those unfamiliar, Waver’s skills include being able to increase an ally’s critical damage abilities for three turns as well as charging up their special attack gauge by thirty percent. He can increases the defense of allies and lower their damage received, both in three turn intervals. His third skill does the same thing but increases the power of the allies attack and damage for three turns. Waver is very valuable because he has no niche, so he can fit into any composition you put together.

Tamamo no Mae – Let’s say you’re looking for a decent team but aren’t a big farmer and you want something different. Look no further than the lovely fox yokai known as Tamamo no Mae. This Arts based caster works best when put with other characters of the same Arts niche. She can increase the damage of allies, lower the special attack gauge of an enemy, and raise her own defense, which is helpful since casters usually have poor self protection. She can also raise the arts power of allies for three turns.

Jack the Ripper – Like Drake, Jack is one of the game’s earliest characters that has managed to hold her own against other Assassins that have come to the game since then. A quick-based assassin, she has a niche strength against female characters. Many Rider class characters are female, so this makes Jack all purpose in certain aspects. As far as skills go, Jack can self evade, raised her own Quick card performance, remove buffs from enemies, and recover an ally’s HP as well. She can also raise one ally’s chance of landing a critical attack. Combined with a support Skadi, she is an invaluable force.

Florence Nightingale – This poor nurse might be one of the most overlooked units in the game and it’s really a shame because she is an absolute gem. The fact she is a berserker might make it seem counterproductive to her purpose as a support, but rest assured, that is not the case. Using her skill Nurse of Steel, she can put instant-Kill immunity on herself or an ally for 3 turns, which will prolong her life. Her special attack recover the allies HP and removes any debuffs. These skills make her very suitable for challenge quests.

Jeanne d’arc – As a Ruler class character, the Maiden of Orleans has few very technical weaknesses, a trait that makes her a heavenly support. You can use her in challenge quests, bosses that use area of effect attacks, or even demon pillar battles. Her special attack, Luminosite Eternelle gives all allies invincibility for one turn, raises the defense of the allies for three turns, and takes away any debuffs.

Best Picks for the SSR Ticket in Fate Grand Order