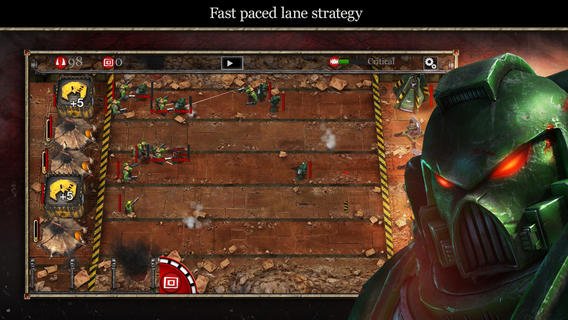 It appears that this week game developers were really scared by the launch of FTL: Faster Than Light and few launched other titles, resulting in a relatively dry week in terms of new good game releases. We still managed to find six new iOS titles to share with you – six must play games, I might add and you can check them all out below.

Here are the best new iOS games of the week:

In FTL you experience the atmosphere of running a spaceship trying to save the galaxy. It’s a dangerous mission, with every encounter presenting a unique challenge with multiple solutions. What will you do if a heavy missile barrage shuts down your shields? Reroute all power to the engines in an attempt to escape, power up additional weapons to blow your enemy out of the sky, or take the fight to them with a boarding party? This “spaceship simulation roguelike-like” allows you to take your ship and crew on an adventure through a randomly generated galaxy filled with glory and bitter defeat.

Storm of Vengeance tells the story of a pivotal moment in the Warhammer 40,000 universe, during the legendary planetary conflict on Piscina IV. Featuring two of Games Workshop’s most cherished characters, Grand Master Belial and Ork Warlord Ghazghkull Thraka, Storm of Vengeance offers the player the chance to command the tenacious defence of the planet with only 100 Dark Angel Space Marines, or attempt it’s annihilation using the cunning of the Ork Waaagh! and their telly-porta technology. An interesting approach that probably won’t be appreciated by all gamers.

Your ship is always moving forward and all you have to do is tilt or tap to turn left and right to collect 15 Coins. The only thing standing between you and victory are endless clones that follow the path you’ve traveled. Crash into a clone and its game over. You’re not alone though, you can collect a power-up to temporarily freeze the clones and smash into them to destroy them! A game that’s actually a looooot more fun than it sounds!

Lightbringers: Saviors of Raia is a cross-platform, drop-in/drop-out, real-time multiplayer co-op, hack ‘n slash game in which you face hundreds of enemies on screen, battle alongside your friends and become Legends of the Light!

The terrorists have overtaken the area and only you can stop them. Join the action and witness the vibrant visual design, unique controls and arcade style gameplay that bring you the best endless shooting experience!

And these are our top game picks for the week. Did we miss any? Let us know by commenting below!