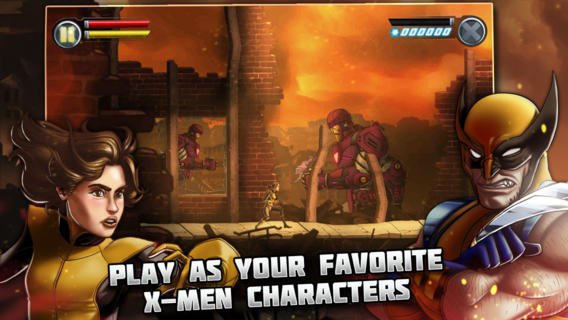 Every week, we share with you the one title that we consider the best game that was just released on the App Store and this week we have Uncanny X-Men: Days of Future Past easily winning the race to the top position. It’s not difficult when you have a pretty weak week in terms of new games… however, this particular title proved to be quite enjoyable!

Set in a post-apocalyptic future (although the game will take you to the past as well, having you fight against dinosaurs), Uncanny X-Men: Days of Future Past gives you the chance to rewrite history and make sure that the present, one where the world is in ruins and Sentinel robots have enslaved the world, will never become a reality… again.

You can play as Wolverine, Kitty Pryde, Colossus, Cyclops or Scarlet Witch in an action packed game that will surely make you feel like a true X-Man (or Woman). Presented as a fast paced side scrolling game where each character has its own set of unique powers and abilities, Uncanny X-Men: Days of Future Past has some pretty amazing graphics too that complete an overall great game that fans of the X-Men series will definitely love.

So prepare to fight a ton of enemies, including bosses like Magneto, Nimrod, Master Mold and more! Check out the trailer below while the game download for you (link at the bottom).

So check out this week’s best new game, Uncanny X-Men: Days of Future Past on the App Store! 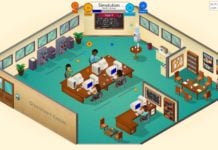