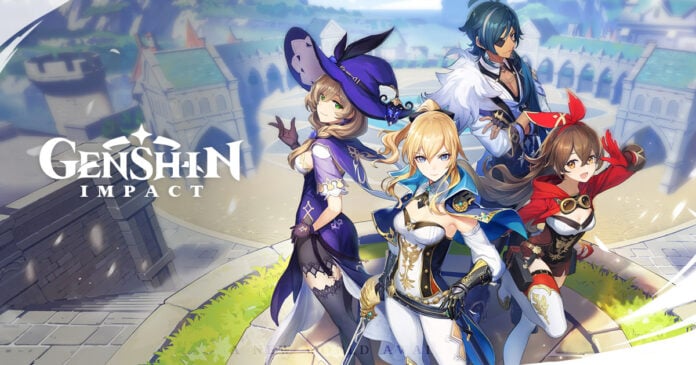 Genshin Impact is one of the most popular RPGs for mobile devices and there are lots of different characters that you can get via Gacha. The game provides you with a huge amount of teams that you can form with heroes from your collection. National Team is one of the most popular squads and you may want to learn more information about it. So, this guide will tell you about the best National Team Comps in Genshin Impact.

What is National Team in Genshin Impact?

National Team in Genshin Impact is one of the most popular squads and it consists of only 4-star characters. These are Xiangling, Xingqiu, Bennet, and Chongyun. All of these heroes are quite common and it is a matter of time before you manage to get all of them. So, we are going to tell you how this team works and why it is so strong.

Basically, National Team in Genshin Impact is a squad that consists of Xiangling, Xingqiu, Bennet, and Chongyun. As you can see, these characters belong to the Pyro, Cryo, and Hydro elements. So, it means that you will be able to combine their attacks into three reactions.

Vaporizing, freezing, and melting are some of the strongest effects that you can get via the element reaction system. Bennet is able to provide your team with healing, fire damage, and a solid damage boost. Xiangling is an ultimate Pyro damage dealer and her skills are very strong. Chongyun is able to deal lots of Cryo damage and he helps you to freeze your opponents and melt them. Finally, Xingqiu is your main Hydro applicator that allows you to do all these great elemental reactions.

Related: How to Unlock the Coordinates of Sun and Rain Domain in Genshin Impact

There can be a few variations of the National Team that you can make by replacing some of its members. For example, you could use another Hydro applicator or a different Cryo damage dealer. All of these teams would work in the same way but not the Baal version.

Baal also known as Shogun Raiden is one of the strongest Electro damage dealers and energy chargers. Her skills will make your team stronger and you should put her instead of your Cryo damage dealer. So, she will be able to deal tons of Electro damage and charge other characters’ ultimate skills.

There are lots of different squads that you can form in Genshin Impact and hopefully, this guide will help you to understand how National Team works. Good luck in your further exploration of Teyvat!