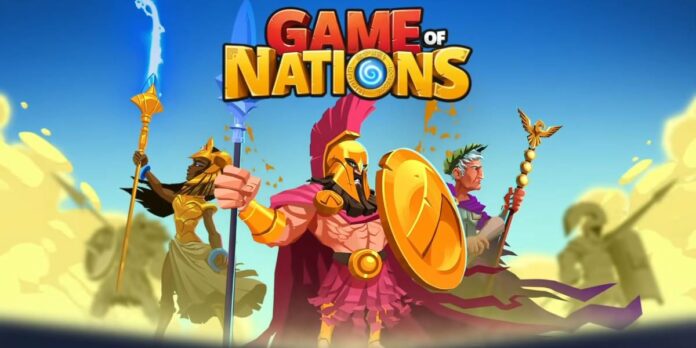 Game of Nations: Epic Discord is a strategy game where players get to take command of some of the greatest nations from real-world history. Will you side with the shielded army of Greece? Or will you channel upon the raw fury of Maya? The choice is yours as you battle your way through hundreds of foes in a journey that takes you across the whole world. You might be wondering what the best nation is in the game, and we’ve got the answers for you here in our best nation in Game of Nations: Epic Discord guide!

There’s a lot of speculation around which nation is the best in the game, but it really comes down to what you’re trying to accomplish. Certain nations will perform better if you’re trying to go through the campaign, while others will flourish in the arena. It’s important to keep this in mind as you go down our list.

With that said, here’s a general list of what is considered the strongest nations right now according to the community. If you need some ideas on what to pick for your starting nation, look no further!

The Maya is a great pick for your starting nation because their hero, Hun Hunahpu, is considered to be the strongest hero right now in the game. His main skill Battle Cry unleashes a ferocious war shout that stuns enemies for a few seconds. This skill can trigger every ten or so seconds, making it extremely powerful as it shuts down your enemy’s units.

Hun Hunahpu can speed up his attack speed and also inflict bleed on his enemies, giving him lots of sustained damage. Since he attacks so fast, you can bet that your enemies will constantly be bleeding.

The Maya also has Warriors, melee units that are extremely tanky thanks to their extra defense and increased block rate. They pair well with the other Maya units, who are all ranged attackers.

Korea is also a good pick for a nation, as you gain access to Admiral Yi Sun-sin. Yi Sun-sin rallies his army into battle with Hero’s Courage, which increases your entire army’s stats by a significant amount. On top of this, Yi Sun-sin has the ability to steal health as he’s fighting with Vampiric Blade, giving him strong survivability. He can also inflict bleed on enemies just like Hun Hunahpu can, giving him more damage output.

Greece is the home of Leonidas, the legendary king. He’s a powerful fighter, more than capable of holding his own in battle. Leonidas has access to Battle Cry just like Hun Hunahpu, and he also has Aegis Shield, which increases his chances of blocking incoming attacks.

Should Leonidas go down, his Martyr skill will activate, which instantly heals all allies for a percentage of their health. Leonidas’ damage may not be as great as Yi-Sun-sin or Hun Hunahpu, but he makes up for it with increased survivability and utility.

The lovely and mysterious Cleopatra is Egypt’s hero, and she uses her dazzling charm to manipulate her opponents. Mind Control will convert a targeted enemy into an ally for a few seconds, which is enough to cause a lot of havoc. Distributive Attention lets her attack multiple foes at once, giving her lots of splash damage.

Cleopatra can also back up her allied units with Patron Saint, which heals nearby friendly units for a small percentage of their health every second.

Cleopatra used to be one of the strongest heroes in the game, but she’s recently experienced some technical issues which have hindered her strength. Depending on how they’ve fixed her, she may or may not be as strong as she originally was.

Amaterasu can also warp behind enemy lines to assassinate any weaker opponents using Mist of Displacement. This is a powerful skill when used right, as taking apart the enemy backline can make the entire army fall!

So far, these are the five nations that are considered to be the best in the game right now. We’re sure that when new nations are released and old ones are reworked, there will be some changes, and we’ll update to reflect that.

Remember to always keep in mind that this list is not concrete! The other nations not listed here are not necessarily bad, it’s just that they’re lacking in certain areas that make the other nations better in some way. In the end, it’s up to you and where you want to invest your resources.

That’s all for our list on the best nations in Game of Nations: Epic Discord. If you think a certain nation should or shouldn’t be on this list, let us know in the comments below! 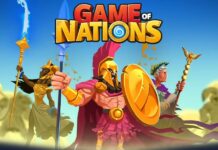