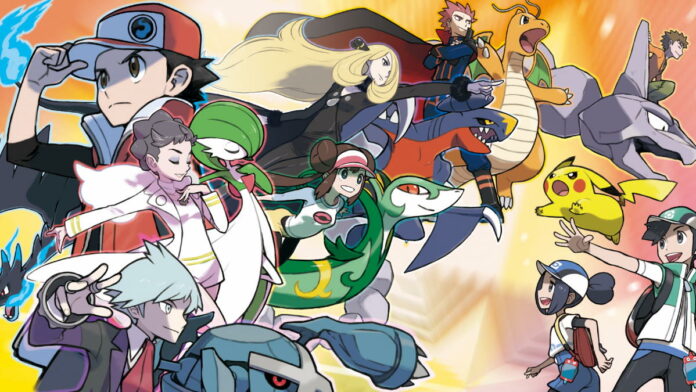 Pokémon – the little critters that took over the world in the 90’s and once again in 2016 – are back and they have invaded your phone! There are plenty of great Pokémon games to play on mobile, and here is our list of the greatest ones!

Whether you are a long time fan who has been around since the original Gameboy games, or you are a new Pokémon fan looking to play with some more cute pocket monsters, we have you covered. Here are some of the best Pokémon mobile games!

Let us kick off this list with a game that requires no introduction: Pokémon Go, the worldwide phenomenon that took the entire world by storm when it was first released back in 2016.

The Pokémon Company partnered with Niantic, a studio that was known for their augmented reality game Ingress. There was nothing quite like it at the time, which is why it caught the eyes of The Pokémon Company.

The rest is history: combining the appeal of having your own real-life Pokémon journey with simple yet addictive gotta catch ’em all gameplay, Pokémon Go conquered not just the mobile game market, but the entire world overnight.

The game started out relatively light with gameplay features and mechanics, but over the years Niantic has fleshed out the game, and it is now the true AR Pokémon experience fans have been clamoring for.

The battle system has been revamped, and it is much more involved now. You will still tap to do basic attacks, but special moves require you to complete a minigame, and the better you do the more damage your opponents will take.

Raid battles were introduced where multiple trainers team up to take down one fearsome Pokémon. Win, and you get a chance at catching the legendary Pokémon in question.

And the most sought after feature – in-person battling – was recently added as well. Now, you can challenge your friends and even random strangers to a Pokémon battle, though of course the current world events are limiting this at the moment.

If you were there for the initial explosion of Pokémon Go and have not played it since, it is well worth a revisit thanks to all the new features and content Niantic has added over the years.

Heralded to be one of the best – if not the best – Pokémon games on mobile, Pokémon Masters EX takes the classic turn-based battle system of the original games and puts a real-time, modern twist on it.

Pokémon Masters EX transports trainers to the artificial island of Pasio in hopes of competing in the Pokémon Masters League, a grand tournament full of the best trainers around the world.

Players will build a team of three “sync pairs,” iconic trainers from the game and anime series with their partnered Pokémon. Expect to see familiar faces like Brock, Misty, and more – almost every major gym leader is here!

Pokémon battles play out in real time where players wait for their energy to charge up, then unleash signature moves from the Pokémon series. As always, type effectiveness is an important part of strategy, so making sure you are using the right moves is the key to victory!

Pokémon Masters EX recently celebrated its first anniversary making it the perfect time to jump in. This game is probably the closest thing we are going to get to a mainline Pokémon game on mobile, so fans of the console games should give this one a shot.

Pokémon Quest was The Pokémon Company’s game to serve as a entry point for newcomers to the series. With a cute and block art style and really simple and addicting gameplay, Pokémon Quest is the game that anyone can enjoy.

The mysterious Tumblecube Island is known to have treasures unknown to the world, so you set out with your team of cube-like Pokémon in search of goodies.

This game in particular is perfect for older fans of the Pokémon series, as the Pokémon that appear in this game are all from the original Gameboy titles Pokémon Red and Pokémon Blue.

Players will battle it out with simple controls as their assembled Pokémon teams fight automatically. Each Pokémon has special moves that can be unleashed once they are charged, and a simple tap will make them activate it.

And make sure to have food cooking on the fire – Pokémon are attracted to the smell, and you might just make some new friends!

Pokémon Quest is the perfect Pokémon game for gamers on the go. The quick expeditions and simple battle system are great for bite-sized play sessions.

The latest game in the Pokémon mobile series is a cute and colorful physics puzzler, Pokémon Café Mix. Ever wanted to run your own café for a bunch of cute little critters? Pokémon Café Mix is the game for you!

This game can be best summed up as the Pokémon version of as the adorable puzzler Disney Tsum Tsum. Little Pokémon heads will fall into the game board freely, and you can match them together by swirling them around, as if you are mixing a drink!

As players progress through the game, the café will expand and more customers will pour in. You will be able to recruit Pokémon to help run the café, each with their own special abilities.

As the café expands so too will your furniture, and the more furniture you have the more guests will show up! Some Pokémon like specific kinds of furniture, so expanding your decoration choice will make more Pokémon show up!

Want a cute and colorful Pokémon themed puzzle game? Pokémon Café Mix is the game for you!

To end the list, we had to include the game that is literally a joke taken too far: Magikarp Jump. Often cited as one of the most useless Pokémon, Magikarp gets its turn in the spotlight!

Magikarp Jump is an idle game where you train up a plain old Magikarp in hopes of entering it into the Jump League, a competitive sport where trainers see how high their Magikarp can jump.

It sounds ridiculous because it is, but the game is actually pretty fun. Magikarp Jump at its core is an idle game, as there really is not much to do but feed your Magikarp and wait for it to grow.

Despite the wacky premise, the humor and the simple gameplay style earns our recommendation. Magikarp Jump is perfect for Pokémon fans who love idle/incremental games.

These are the some of the best Pokémon games on mobile, so try them all if you can! Which one is your favorite? Let us know by leaving a comment below!