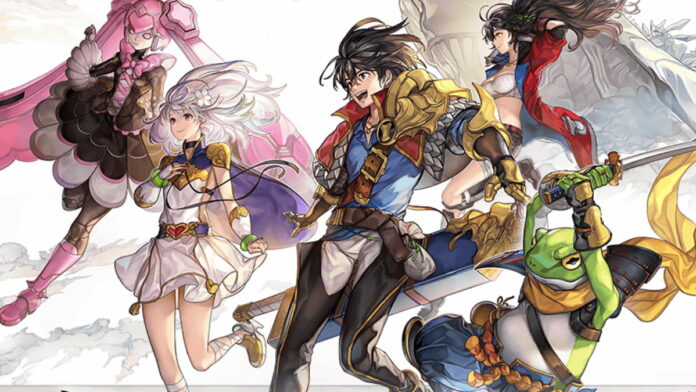 Japanese RPGs have enthralled gamers for many years. Whether you grew up with the classics from the Super Nintendo era, or you are starting out with some new, modern day JRPGs, there is something for every fan.

Of course, with many gamers growing up and living adult lives, there is a lot less time to sink into these epic adventures that usually span over 30+ hours. We have recently seen a rise to a new kind of mobile JRPG more aimed towards gamers on the go.

Today, Touch Tap Play will list some of the best mobile JRPGs that any player can sink hours into, whether they are new to the genre or are a diehard fan.

Another Eden: The Cat Beyond Time and Space

Released in early 2019, Another Eden: The Cat Beyond Time and Space was a pleasant surprise for hardcore JRPG fans. Another Eden arrived on the scene as a strictly single-player RPG experience as a throwback to classic console RPGs of yesteryear, something that is unheard of in today’s mobile market.

The game focuses on Aldo and his sister Feinne is a quiet little fantasy village. After a disastrous run-in with the evil Beast King, Feinne is kidnapped. As Aldo gives chase, a powerful time distortion occurs and he suddenly finds himself 800 years into the future. Now, Aldo must travel through multiple time periods to rescue Feinne and find his way home.

If this plot sounds familiar to you, you probably grew up with JRPGs back in the day, as this plot is similar to the plot found in Square Enix’s classic hit Chrono Trigger. Masato Kato, the main scenario writer for Chrono Trigger also wrote the story for this game, as it would turn out. Even Chrono Trigger’s composer – Yasunori Mitsuda – returned to work on this game as well.

Another Eden plays like a traditional turn-based RPG with some light gacha elements. A fantastic story that spans across multiple time periods awaits, and Another Eden is an easy recommendation for any fan of classic JRPGs.

Tales of Crestoria released in the summer of 2020 and it filled the gap of Tales games for mobile, as both Tales of the Rays and Tales of Link were both shut down in 2018.

If you’re unfamiliar with the Tales franchise, it is a popular and long-running JRPG series that focuses on real-time action battles. The battles in the game features fast-paced combat, cool looking techniques known as “artes”, and skill-based maneuvering.

The series came to mobile throughout the years, but with both of the main games now gone, a new game has taken the reigns: Tales of Crestoria, an all-new story featuring the same developers behind the original Tales games.

Much like Another Eden, Tales of Crestoria is actually a single-player JRPG that focuses on telling a story rather than spreading its efforts through multiplayer modes. While it does feature light gacha elements like summonable characters, the game is still plays out like a traditional JRPG.

Interestingly, Tales of Crestoria also ditches the real-time action battle system that the series is known for and instead opts to use a turn-based battle system with modern touches. Even though it plays differently, it still features staple battle mechanics like the all powerful “mystic artes”.

Tales of Crestoria focuses on the story of Kanata, a normal, everyday boy. Through some unfortunate events, he is labeled as a “transgressor,” which is essentially a criminal, even though he believes he was doing the right thing. He is now on the run on a quest to clear his name and fight injustice.

With vibrant character design, a captivating plot, and a traditional yet complex battle system, Tales of Crestoria is one of the best mobile JRPGS right now.

Spanning fifteen mainline games with plenty of spin-offs, the Final Fantasy series is a hard beast to summarize. Yet, the mobile spin-off Final Fantasy Record Keeper does exactly that and it’s a blast to play to boot.

Players assume the role of the “record keepers”, librarians who manage and care for the records nestled in the middle of a great kingdom. These records contain paintings of past Final Fantasy games, but chaos ensues when one day the paintings begin to mysteriously fade.

Players must jump into the paintings and relive the ancient battles of old using the series’ staple “active time battle” system. Create a dream team of legendary heroes from the Final Fantasy series, including icons like Cloud, Yuna, Cecil, Locke, Squall, Lightning, Bartz, and more!

While the appeal is obvious for long-time fans of the series, Record Keeper has a plethora of content to keep even newcomers interested for a long time. With plenty of dungeons to go through and tons of ways to customize and power up your heroes, Final Fantasy Record Keeper is a great JRPG to play.

Sorry to flood the list with so multiple Final Fantasy games, but Dissidia Final Fantasy Opera Omnia is worth a mention if you are looking for a JRPG to get into.

The series started out on the Playstation Portable, but came to mobile two years ago in the form of Opera Omnia. Unlike the original games, Opera Omnia plays like a traditional turn-based JRPG rather than a fast-paced fighting game.

Similar to Record Keeper, Opera Omnia lets players build their ultimate dream team of iconic Final Fantasy characters. Opera Omnia does not use the ATB system found in Record Keeper – it uses a more classic turn-based system instead, which can be influenced by player and enemy actions.

What is rather clever is the game’s inclusion of the mechanics found in the original Dissidia games. Each character and enemy in the game has two main health pools: HP and BRV (brave).

BRV attacks will drain the enemy’s BRV and add to your own while not doing any real HP damage to them. However, the more BRV you have, the harder your HP attacks will hit, so stacking up lots of BRV is the way to deal some real damage to your opponents.

Opera Omnia effortlessly weaves in the central battle mechanics from the previous Dissidia games into its own turn-based gameplay, which results in a fun and familiar battle system while feeling fresh at the same time.

Dragon Quest of the Stars

The Dragon Quest series is the king of all JRPGs, and most gamers have come across the series at some point. Square Enix has brought most of the mainline Dragon Quest games to mobile and they are an easy recommendation, but we’d like to look at the new game developed specifically for mobile.

Dragon Quest of the Stars is a new entry into the long running series, and this time the hero of the story is you! With an all new story complete with memorable characters, players will lead their own journey through a new Dragon Quest world.

Battles play out in real-time. Your party members will attack on their own, but powerful skills must be unleashed manually. Chain together multiple skills in rapid succession to increase their power!

Dragon Quest of the Stars‘ main gameplay draw is the heavy amount of customization and play styles. Players create their own characters and form a party of three heroes. Each hero can be assigned a vocation, which is basically a class or role. Each vocation has different strengths and weaknesses, allowing for a variety of playstyles and combinations.

Long-time fans of the Dragon Quest series will also appreciate the plethora of references and callbacks to older games in the series. Players can even draw gear and armor used by the heroes in the main Dragon Quest games through the gacha system.

There is our list for the current best mobile JRPGs. With the endless amount of JRPGs popping up on the platform, we are sure that you have some recommendations, so go ahead and be sure to list them below in the comments! 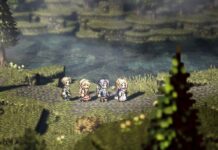